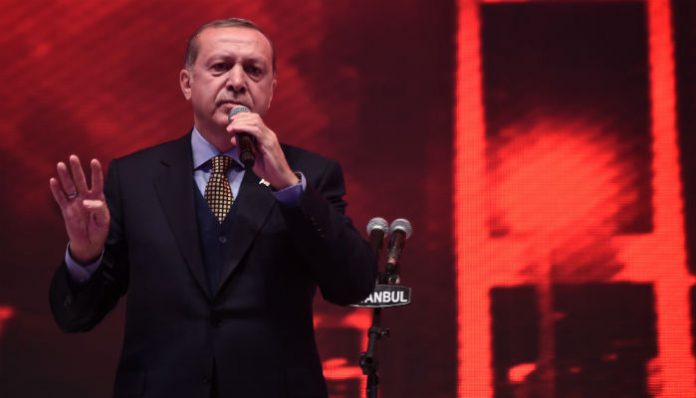 Turkish President Recep Tayyip Erdoğan has said the Justice and Development Party (AKP) government and himself are behind the arrests of thousands of people in a crackdown launched in the aftermath of a failed coup attempt on July 15.

The failed coup claimed the lives of more than 240 people while it left more than a thousand others injured. Immediately after the putsch, the AKP government along with Erdoğan pinned the blame on the Gülen movement despite the lack of any evidence to that effect and initiated a widespread purge aimed at cleansing sympathizers of the movement from within state institutions, dehumanizing its popular figures and putting them in custody.

Speaking at a meeting in İstanbul on Wednesday with the families of people killed or injured during the coup attempt, Erdoğan directed accusations at main opposition Republican People’s Party (CHP) leader Kemal Kılıçdaroğlu due to his remarks about the coup attempt’s being a controlled one.

“There are currently thousands of people in prison. As the executive body, who jailed them, was it you [Kılıçdaroğlu]? We are the ones who jailed them. They are in the hands of the judiciary now, they are being tried. What will their fate be? The judiciary will make the decision on this,” said Erdoğan.