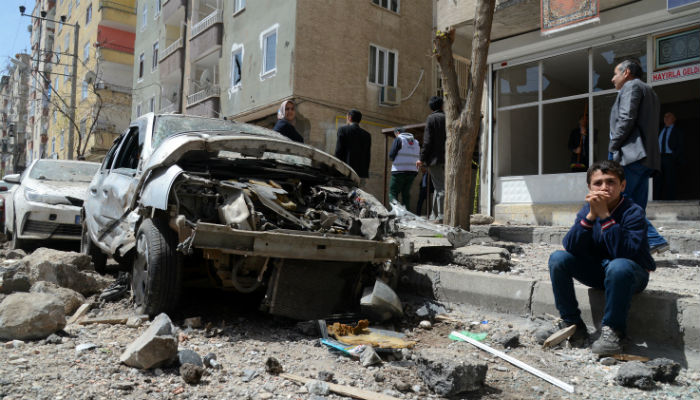 The terrorist Kurdistan Workers’ Party (PKK) has claimed responsibility for an attack on Tuesday in the southeastern province of Diyarbakır that took the lives of one police officer and two civilians.

Soylu told private broadcaster Habertürk on Thursday that the attack was staged through a tunnel dug from outside and loaded with explosives.

In an earlier statement, the Diyarbakır Governor’s Office stated that the explosion had occurred during the repair of a police panzer in an outbuilding at police headquarters in Bağlar.

In another statement on Thursday, the governor’s office said one ton of explosives was used in the attack, adding that a total of 177 people have been detained in connection with it.

Four people who were injured in the attack continue to be hospitalized.

The police building was the scene of an outlawed Kurdistan Workers’ Party (PKK) car bomb attack on Nov. 4, 2016, that killed nine people and injured over 100.