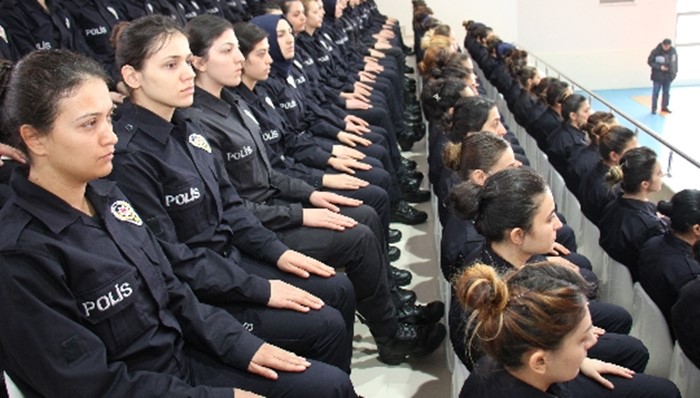 A group of police officers was revealed to have taken an “oath of vengeance” that resembles an infamous anthem of the Grey Wolves, an ultranationalist youth group affiliated with the Nationalist Movement Party (MHP).

In a recent video believed to have been shot in the courtyard of the Police Vocational Education Center in the Central Anatolian province of Yozgat, young individuals in police uniform are seen being made to take oath en masse.

While details about the video are unknown, some social media users claimed the group consisted of new police academy graduates who completed their schooling only last week. The oath sounded like a similar but reworded edition of the Grey Wolves anthem.

“He [God] who makes things happen just by saying ‘be’
He who fills hearts with faith…
To the Koran,
To the prophets,
To the flag,
We make a vow!
May our martyrs rest in peace
and our veterans remain assured!
Revenge, revenge!
May revenge be everlasting!
May our blood dry up if we forget!
May Allah protect the Turks! Amen!”

Similar videos were published on social media in the aftermath of a July 15 coup attempt as the Turkish government singled out a small number of groups as “enemies of the nation.”

The Gülen movement was blamed for the coup attempt, while the Kurdish minority has seen their deputies jailed on terror charges.