US House hearing slams Turkey for suppression of free speech, slide towards authoritarianism 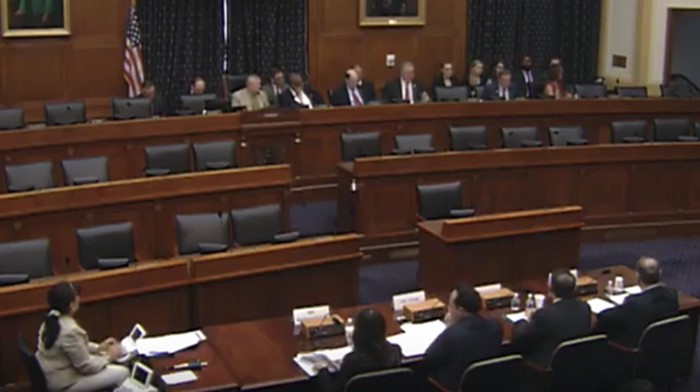 In scathing critique of the current situation in Turkey, the chairman of the US House Committee on Foreign Affairs Subcommittee on Europe, Eurasia and Emerging Threats said that changes proposed to the Turkish constitution, if passed in an upcoming referendum, represent a “dangerous step backward” and put Turkey on a “path to an authoritarian regime,” quoting an opinion from the Venice Commission.

Chairing a hearing on Wednesday titled “Turkey’s Democracy Under Challenge,” Dana Rohrabacher, a Republican from California’s 48th District, said that if adopted, the new amendments to the constitution will “cement in law much of the power President [Recep Tayyip] Erdogan has already seized for himself” and will combine the positions of head of state, head of government and head of the ruling party all into a single, powerful office.

Recognizing the dramatic and unsettling nature of a failed coup in July, Rohrabacher said Erdogan had started down this path of authoritarianism long before the coup and added that under Erdogan, the space for civil society has been closed, the media has been sidelined, the judiciary has been sidelined, and the military has been neutered.

“President Erdogan’s desire to maintain power at any cost is not good for the people of Turkey. It’s not healthy for Turkish democracy … and is spoiling relations with Europe and the United States and is opening up Turkey to greater risk of attack by radical, violent Islamic terrorists,” said Rohrabacher.

Following the chairman’s opening statement, the subcommittee members heard prepared testimony and asked questions of four witnesses about the current situation in Turkey – David Phillips, director of the Program on Peace-Building and Rights, Institute for the Study of Human Rights, at Columbia University; Mehmet Yuksel, representative to the US from the pro-Kurdish Peoples’ Democratic Party in Turkey; Ali Cinar, president of the Turkish Heritage Organization; and Naz Durakoglu, strategist and senior fellow of the Digital Forensic Research Lab at the Atlantic Council.

Rohrabacher addressed the “wave of suppression on freedom of speech and a wave of destruction of freedom of the press” in Turkey and asked Cinar, who represented the Turkish government’s viewpoint, how he could excuse that by citing an ongoing state of emergency declared after the failed coup, noting that journalists had been arrested and media outlets shut down long before the abortive coup. When Cinar claimed some journalists were in jail due to links to “terrorist organizations” and not for their professional work, asserting a double standard had existed in Turkish news organizations close to the faith-based Gülen movement, the chairman cut him off and said: “Someone else’s double standard doesn’t excuse the government suppression of the press before and after the coup,” and referred to the “overall attempt to suppress speech” in Turkey.

Witness Phillips agreed about the clampdown on the press, saying that any journalist who reports on corruption linking the Erdogan family to Islamic State in Iraq and the Levant (ISIL) activities, including the funding of the terrorist organization through the sale of ISIL-controlled oil, is “assured of losing their job and going to jail.”

Following more questions and answers on a variety of topics including Turkey’s questionable standing and reliability in NATO, its alleged aiding and abetting of ISIL, pressure applied to Turkey’s minorities including Kurds and Alevis, and the potential weakening of the system of checks and balances should the constitutional referendum be passed, Chairman Rohrabacher concluded the hearing, saying that the Turkish people are voting on whether they want a tough, strong, centralized power controlling their government, or if they want to have more of a loose freedom and exchange, emphasizing that they shouldn’t overlook “this incredible suppression of the press and of dissidents.”