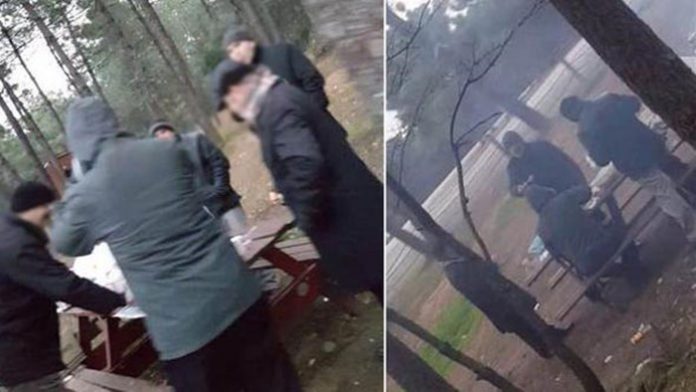 Seven teachers were detained while having a picnic at an İstanbul park on Tuesday over alleged links to the Gülen movement, which the government accuses of masterminding a coup attempt on July 15.

According to the Hürriyet daily, the teachers were taken into police custody and then sent to an İstanbul jail by a court later the same day.

The arrestees are accused of using ByLock and also depositing money in the Gülen-affiliated Bank Asya to help it survive in the wake of a government operation to sink the bank. Bank Asya was closed down by the government in the aftermath of the coup attempt due to its links to the Gülen movement.

Tens of thousands of civil servants, police officers and businessmen have either been dismissed or arrested for using ByLock since the failed coup attempt. ByLock is a smartphone application that is considered by Turkish authorities to be a communication tool among followers of the movement. (Turkey Purge)