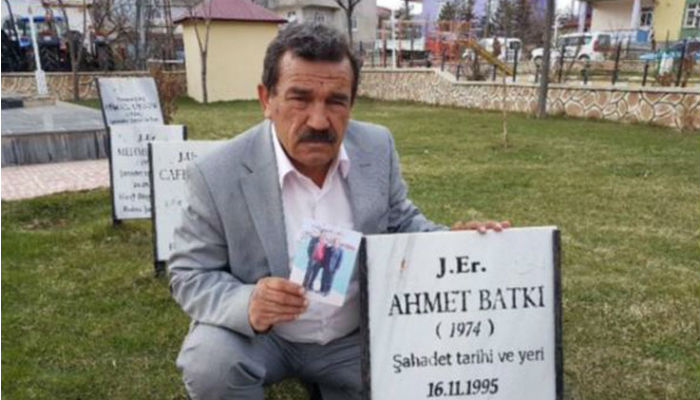 The father of a Turkish veteran whose remarks during a campaign rally of the Republican People’s Party (CHP) in Kayseri were censored by TV stations because he said he would vote “no” in an upcoming referendum has said he can’t tolerate being associated with terrorists due to his stance on the referendum.

Turkey will hold a referendum on April 16 in which a constitutional reform package that will introduce an executive presidency will be put to a public vote.

The veteran’s father, Bekir Ökten, 63, said that while he was listening to CHP leader Kemal Kılıçdaroğlu during his campaign rally in Kayseri’s Sarız district earlier this week he called out and said he was the father of a veteran. Ökten said Kılıçdaroğlu held out the microphone and asked him to speak.

When Ökten took to the podium and began to speak, TV stations halted their broadcasts, apparently because they were uneasy with his stance on the referendum.

In his short speech, Öktem said no voters in the referendum are being associated with terror organizations, and being the father of a veteran, how could it be possible for him to support terrorism just for saying “no” in the referendum.

Öktem said his son Barış lost an eye and sustained an injury to one of his legs during a clash with the terrorist Kurdistan Workers’ Party (PKK) in Şırnak province while he was doing his compulsory military service. The father said one of his cousins, Ahmet Batkı, was also killed in a clash with the PKK in Şırnak in 1995.

“I can’t just tolerate naysayers’ being associated with terrorism. I don’t accept this. If we paid a price for this country, spilled our blood and sacrificed our lives, we don’t want to receive the treatment of a terrorist,” said the father.

President Recep Tayyip Erdoğan, Prime Minister Binali Yıldırım and many government officials have accused the potential no voters in the referendum of siding with terror organizations.