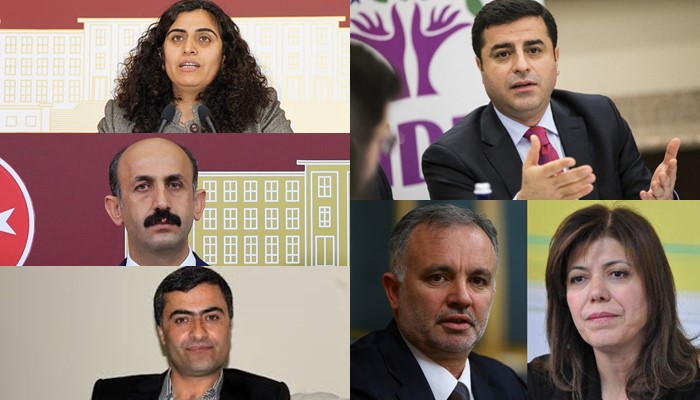 A statement from Demirtaş released by the HDP on Thursday said: “In consequence of Edirne Prison’s stance of no dialogue, unlawful practices, inhumane practices against other prisoners and the complete lack of good intentions regarding the ending of hunger strikes that have been continuing for days, we, too, from Friday on, will begin a hunger strike. We invite the public to display sensitivity regarding the hunger strikes and the continuing violation of rights in prisons.”

Three other HDP deputies, Meral Danış Beştaş, Ayhan Bilgen and Nihat Akdoğan, who are in Silivri Prison, will also go on a hunger strike April 1-5, Cumhuriyet reported on Thursday.

Turkey has stepped up political pressure on Kurdish politicians in recent months. In addition to appointment of trustees to the management of scores of municipalities, Turkey has arrested dozens of Kurdish politicians, among them 13 HDP deputies including the party’s co-chairs.