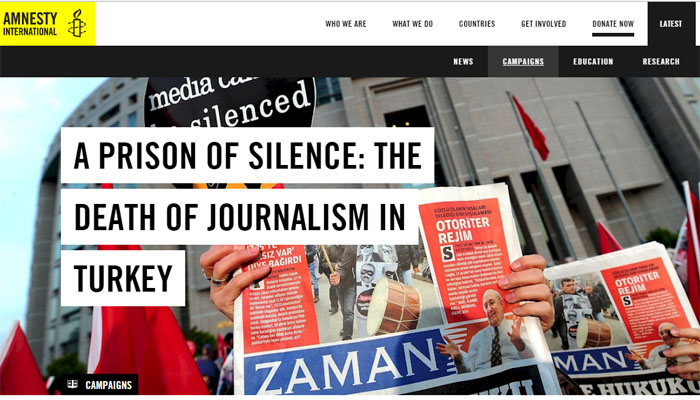 Amnesty International launched a campaign on Twitter on Thursday to support jailed journalists in Turkey, calling for their release, with the hashtag #FreeTurkeyMedia. 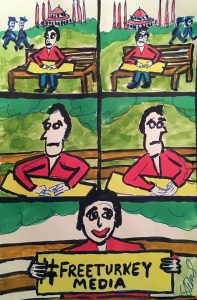 “Turkey has earned an accolade which holds no glory: according to the Committee to Protect Journalists, it is the biggest jailer of journalists in the world,” the campaign page on AI website said.

According to a tally by Turkeypurge.com, 149 media outlets have been shut down by government decrees and 162 journalists arrested following a failed coup attempt in Turkey on July 15, 2016 for which Turkish authorities and President Recep Tayyip Erdoğan immediately put blame on the faith-based Gülen movement.