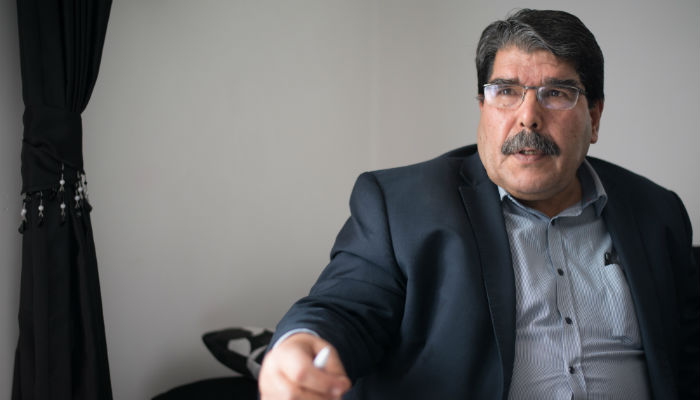 Syrian Kurdish Democratic Union Party (PYD) Co-chair Salih Muslim said on Monday that the northern Syrian city of Raqqa is expected to join a decentralized system of government being set up by Syrian Kurdish groups and their allies once it is freed from the Islamic State in Iraq and the Levant (ISIL).

Speaking with Reuters via telephone on Monday, Muslim said, “It would be up to the people of Raqqa to decide their future once the city is freed from Islamic State [ISIL], but I think the city will join the ‘democratic federal’ system.”

“We expect [this] because our project is for all Syria … and Raqqa can be part of it, our only concern is that the people of Raqqa are the ones who take the decision on everything,” he added.

Earlier on Friday, Syrian Democratic Council Co-chair Ilham Ehmed also told Reuters that preparations for a local council that will run the city once it is liberated from ISIL are almost complete.

“Local authorities would expand the council after Raqqa’s capture, as happened in Manbij,” said the leader of the political wing of the Syrian Democratic Forces (SDF), the US-backed alliance of Arab and Kurdish fighters that is closing in on the city.

The “democratic federal” system aims to build on three autonomous areas set up by the main Kurdish groups in the north. The blueprint for the new system of government was approved by a constituent assembly in December.

Turkey is deeply concerned by the political project taking shape in the region and considers the PYD as an extension of the outlawed Kurdistan Workers’ Party (PKK), a group that has waged an armed struggle against Ankara for almost four decades for Kurdish autonomy in Turkey’s Southeast.