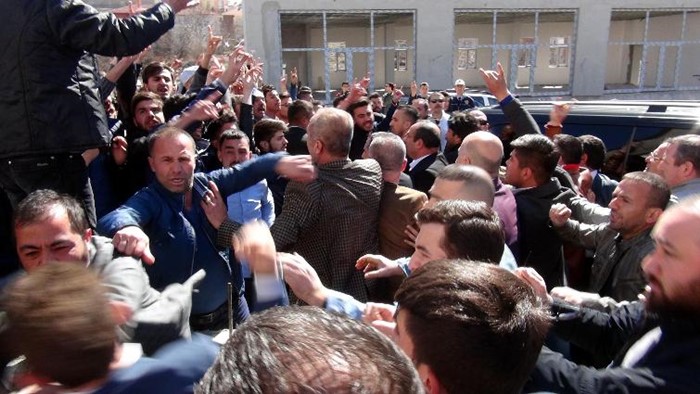 Sinan Oğan, a politician who was previously expelled from the opposition Nationalist Movement Party (MHP), was attacked on Sunday in Yozgat province while campaigning to persuade people to vote “no” in a critical referendum on April 16 that will introduce an executive presidency in the country if approved.

“First the dais was taken down, then an attack on my car, and now an armed attack,” Oğan tweeted on Sunday.

“The attack was jointly planned by [Justice Minister Bekir] Bozdağ, the governor, the chief of police and S. Dumar,” added Oğan.

Claiming that despite the fact that both the governor and police chief were aware of intelligence indicating that an attack would take place, they failed to take measures around the conference hall, Oğan said: “The target of this attack is not Sinan Oğan but the people who are voting “no.” The target of the attack was Turkish democracy.”

According to Cumhuriyet, supporters of Oğan and members of the MHP’s youth branch were fighting outside of the hall where Oğan made his speech, and two police officers who tried to stop the altercation were taken to a hospital.

On March 5, Oğan was attacked at a private university when he was making a speech against a proposed constitutional amendment package.

The attacker, identified as Ömer Faruk Y., who rushed on to the stage and attacked Oğan, was released after a brief detention.