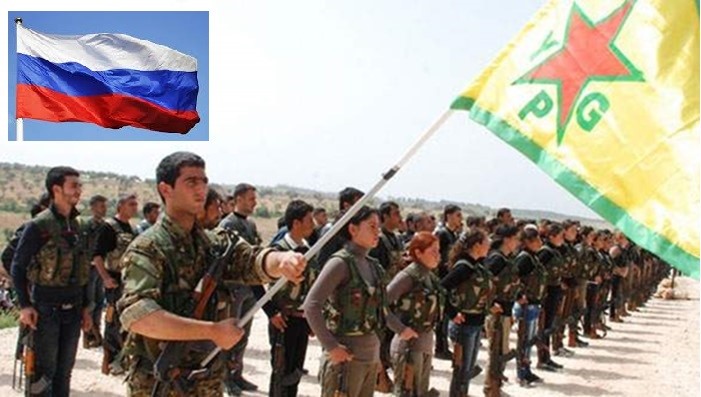 The Russian Defense Ministry on Monday denied a Reuters report claiming that the Russians were setting up a military base in the Kurdish People’s Protection Units (YPG) militia-controlled Afrin region next to the Turkish border, Sputnik reported.

“There are no plans to create new Russian military bases on the territory of the Syrian Arab Republic,” the ministry’s press service said.

Speaking to Reuters earlier on Monday, YPG spokesman Redur Xelil said an agreement with Russia was concluded on Sunday and that Russian troops had already arrived at the position in the northwestern region of Afrin with troop carriers and armored vehicles.

The base will be used for the training of YPG members as part of the fight against terrorism and to build a direct point of contact with Russian forces, the militia’s spokesman added.

According to Sputnik report, the Russian Defense Ministry said that a branch of the Russian reconciliation center was deployed near Afrin in the contact line between the Kurds and the Free Syrian Army, according to an agreement between Russia and Turkey on the Syrian ceasefire monitoring.

“To prevent violations of the cessation of hostilities, one of the branches of the Russian center for reconciliation of warring sides [in Syria] was deployed in the province of Aleppo near the Afrin populated area in the contact line between Kurdish militia units and Turkey-controlled units of the Free Syrian Army.”

The YPG is allied with the United States in the fight against the Islamic State in Iraq and the Levant (ISIL) in Syria and is playing a major part in the US-backed offensive against ISIL’s urban stronghold of Raqqa, further east.

Turkey sees the YPG as an extension of the outlawed Kurdistan Workers’ Party (PKK). More than 40,000 people, including 5,500 security force members, have been killed in four decades of fighting between the Turkish state and the PKK, which is listed as a terrorist organization by Turkey, the US and the EU.

In August Turkey launched an operation against ISIL and took control of an approximately 100-kilometer-long strip of land between the YPG-controlled regions in northern Syria.

“One of the most important priorities of Turkey is to prevent the PYD [the Kurdish Democratic Union Party-political wing of the YPG], which is close to committing genocide against the Kurds, from creating a territory. It will absolutely not be allowed to create a sovereign territory. Turkey will at all costs not allow the PYD to unite the cantons [Afrin, Kobani, Jazira],” said Defense Minister Işık in a statement in early March.

Turkish President Recep Tayyip Erdoğan announced at a press conference in Ankara on Feb. 28 that Turkey’s next target in Syria would be Manbij, which has become a subject of disagreement between Washington and Ankara as Turkey demands that YPG forces leave the north Syrian town.

On March 6, the US announced that American troops had been deployed in the city of Manbij for a visible symbol that the enemy is cleared out.

“This is a new effort, this is the first time we’ve had to do something like this, which is to ensure that we are out there as a visible symbol that the enemy is cleared out of Manbij,” Pentagon spokesman Capt. Jeff Davis told reporters.