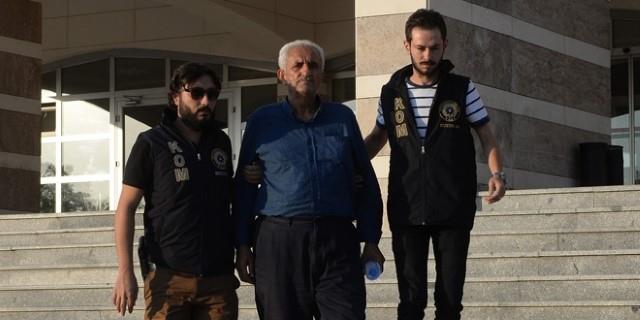 A seventy-year-old man from western Turkey, Ahmet Akdoğan, has been held in solitary confinement for seven months over alleged links to the Gülen movement, which is accused of masterminding a failed coup attempt on July 15.

According to the Haberdar news website, Akdoğan was arrested by an Uşak court after the failed coup and was sent to a prison in İzmir’s Ödemiş district seven months ago. Since then he has been kept in solitary confinement, where he has suffered several heart spasms due to poor conditions in prison.

Akdoğan is accused of “being a relative of US-based scholar Fethullah Gülen and affiliation with the Gülen movement.”

Akdoğan is deprived of basic necessities and is not allowed to see other inmates. No indictment against the old man has been prepared despite his seven-month-long pre-trial detention.

Turkey experienced a military coup attempt on July 15 that killed over 240 people and wounded more than a thousand others.

Immediately after the putsch, the Justice and Development Party (AKP) government along with President Recep Tayyip Erdoğan pinned the blame on the Gülen movement.The movement denies any involvement and calls for an international investigation into the coup.

The Turkish government accelerated the purge aiming to cleanse sympathizers of the movement from within state institutions, dehumanized its popular figures and put unprecedented numbers of people in custody accusing them of coup involvement.
In the currently ongoing post-coup purge, over 135,000 people, including thousands within the military, have been purged due to their real or alleged connection to the Gülen movement, according to a statement by the labor minister on Jan. 10. As of March 1, 93,248 people were being held without charge, with an additional 46,274 in pre-trial detention.

In addition to tens of thousands of citizens from all walks of life, a total of 7,316 academics were dismissed, and 4,070 judges and prosecutors were purged over alleged coup involvement or terrorist links.