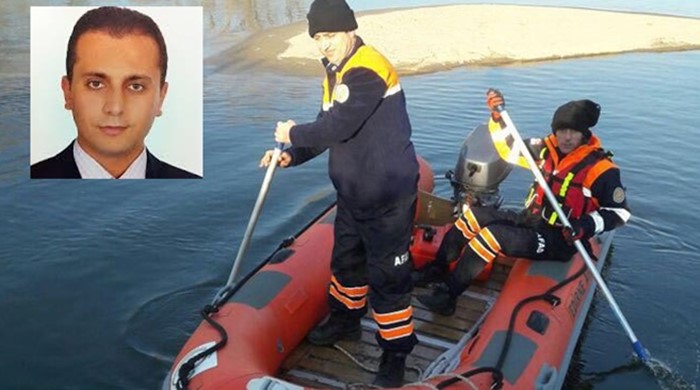 Computer engineer Murat Zümre, who drowned in the Maritsa River while trying to flee to Greece, was tortured while he was in detention, a person with knowledge of the situation has told Turkish Minute.

The body of Zümre, a computer engineer at the 15th Missile Base Command in İstanbul who was dismissed from his post due to alleged links to the faith-based Gülen movement, was found in the Maritsa River 78 days after he went missing.

“During the mass arrests [following the coup attempt of July 15], Mustafa was also detained and released. When I asked him what happened during detention, he said: ‘Let’s not talk about it. Some parts can never be told. But I can say that they tried everything you can imagine as torture on me,” said the source, who asked to remain anonymous.

“Mustafa told me that ‘if they detain me again, they will not leave me alive.’ That’s the reason he was trying to leave Turkey,” added the source.

Zümre, for whom an arrest warrant was issued due to alleged Gülen links, reportedly went to the Umurca village of Edirne’s Meriç district along with his wife and children on Dec. 12 to cross the Maritsa River to reach Greece in order to escape the witch-hunt against Gülen followers in Turkey.

Zümre reportedly jumped into the Maritsa River while he was fleeing a gendarmerie team. Rescue teams from Turkey’s Disaster and Emergency Management Agency (AFAD) searched for Zümre for two weeks, but nothing had been heard since then until his body was found in the Maritsa River on March 8 by Turkish military patrols six kilometers from the riverbank where he went missing.

His body was sent to the İstanbul Council of Forensic Medicine where DNA tests confirmed his identity.

Thousands of people have been forced to leave Turkey through illegal means because their passports have been cancelled due to the ongoing crackdown on the followers of the Gülen movement, which is accused by the Turkish government of masterminding a failed coup attempt on July 15.

In December of last year, United Nations Special Rapporteur on Torture Nils Melzer said during a press conference in Ankara said that the environment in Turkey following the failed coup on July 15 was conducive to torture.

A man jailed over alleged links to a failed coup in Turkey last July said during a recent hearing in Kırıkkale that he may never be a father because of the torture he was subjected to in jail.

“I was kept naked in the cold. I was beaten. Pressure was applied to my genital area. The pain didn’t stop for months. I am a bachelor, and I may never be a father,” the victim said after requesting that his mother be removed from the courtroom so that she would not hear about the torture.

Encouraged by victims who revealed the torture they were subjected to, another torture victim said his torturer was sitting in the courtroom as a means of exerting pressure on him.