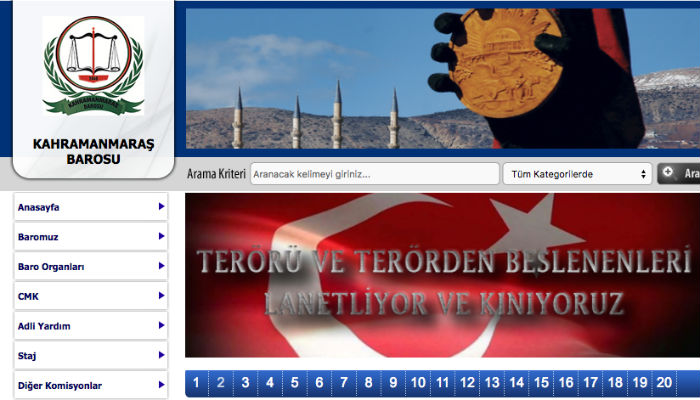 The Kahramanmaraş Chief Public Prosecutor’s Office on Tuesday issued detention warrants for 24 lawyers in the province due to their alleged links to the faith-based Gülen movement, with 19 of them placed under police custody.

President of Kahramanmaraş Bar Association Vahit Bağcı is among the 24 lawyers for whom detention warrants were issued. He is currently in Canada for a visit with members from the Turkish Bar Association.