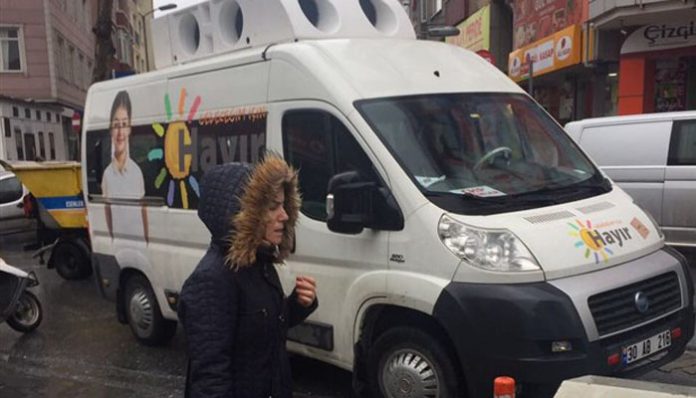 Ruling Justice and Development Party (AKP) officials from İstanbul’s Esenler district and workers from the AKP-run Esenler Municipality attacked members of the main opposition Republican People’s Party (CHP) who were campaigning for a referendum on April 16.

In a tweet from his personal account on Tuesday, CHP İstanbul deputy Aykut Erdoğdu shared a video showing CHP Esenler members being attacked by municipal workers and AKP officials from the district branch in the presence of Esenler Mayor Mehmet Tevfik Göksu.

Erdoğdu said the CHP members were campaigning for a “no” vote in the referendum, which will expand President Recep Tayyip Erdoğan’s powers enormously and switch Turkey to an executive presidency.