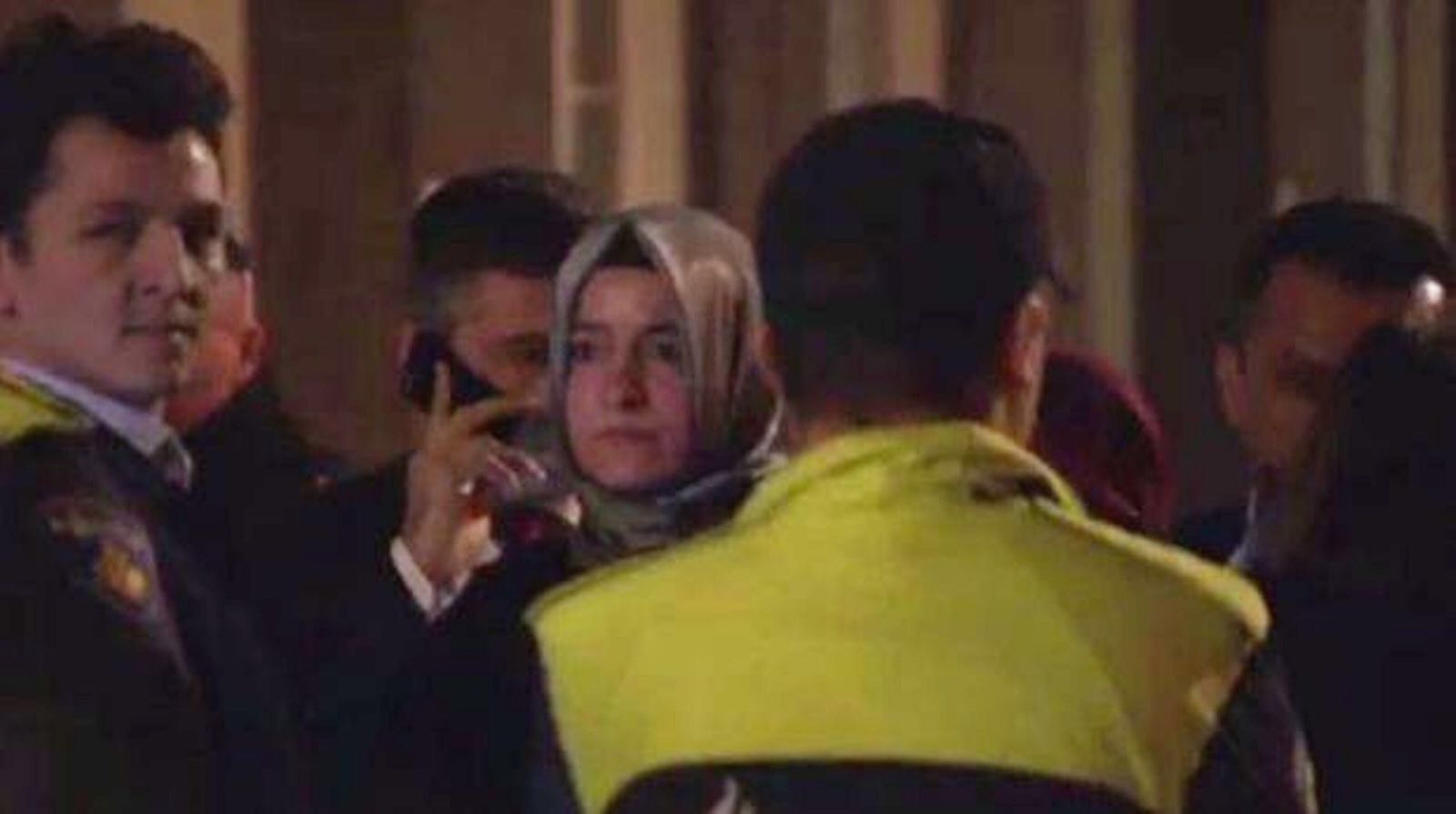 Turkish Minister of Family and Social Policy Fatma Betül Sayan Kaya was expelled from the Netherlands on Saturday night after she was prevented by police from entering the Turkish consulate residence in Rotterdam to deliver a campaign rally speech.

The Netherlands earlier on Saturday had canceled the flight clearance for Turkish Foreign Minister Mevlüt Çavuşoğlu’s aircraft to land in the country, also to attend a rally.

After Minister Kaya announced that she would travel to Rotterdam by car from Germany following the barring of the foreign minister, Dutch police stopped the her car and asked her to leave. A Turkish-speaking Dutch police officer told Minister Kaya that worse measures could be taken if she refused to leave.

The minister was reportedly later taken to the German border. The minister’s advisor, Bilal Topçu, announced that the Dutch police detained them. Minister Kaya wrote on her Twitter account that she was being taken to Germany as she protested the treatment of Dutch police, calling it fascist. She also said the whole world should take action against such fascist treatment, claiming that it was against democracy.

Earlier in the day, Minister Kaya, who has been in Germany, said she would travel to the Netherlands by car. Programs in which Kaya had planned to participate were previously cancelled.

Çavuşoğlu was scheduled to fly to Rotterdam on Saturday for a campaign rally, but the flight clearance for his airplane was canceled just hours before his flight.

Rotterdam Mayor Ahmed Aboutaleb said on Friday that Çavuşoğlu would not be allowed to campaign for a Turkish referendum during a visit to Rotterdam on Saturday.

Çavuşoğlu said Saturday during a live interview with CNNTürk that Turkey would impose sanctions on the Netherlands if the country were to cancel clearance for his flight later in the day.

“Now there is the Netherlands. Dutch [nationalist politician Geert] Wilders acts like a Nazi. He threatens the foreign minister of the Turkish Republic with not letting the airplane take off. But I will go today,” said Çavuşoğlu.

“Don’t allow our foreign minister’s plane to go there as much as you want — let’s see how your planes will come to Turkey from now on. I am talking about diplomacy here, I am not talking about citizens’ travel. That is another issue, and we will assess that later on,” Erdoğan said during a speech in İstanbul’s Bağcılar district.