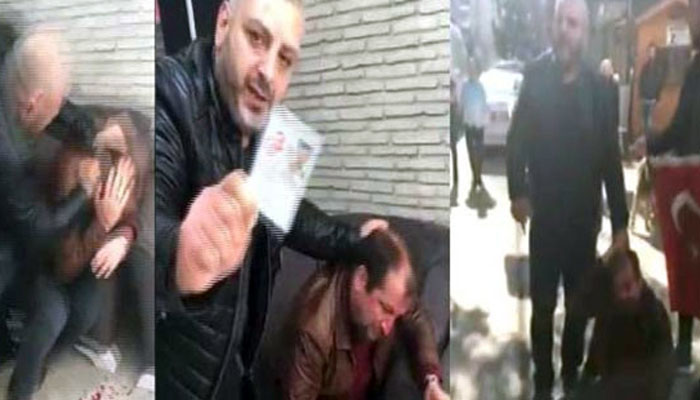 G.E., a former police chief in Samsun who was dismissed over alleged links to the Gülen movement following a failed coup attempt last year, was beaten by Ramazan Ç., who claimed the police chief had threatened his family in order to get his help to flee Turkey.

According to a story by the Doğan news agency on Friday, Ramazan Ç. beat G.E. after he went to his office and threatened to harm his family in Kosovo if he refused to help the police chief flee to Kosovo.

Beaten by Ramazan Ç. on a street in the 19 Mayıs neighborhood of Samsun’s İlkadım district, G.E., the former Samsun-Çarşamba Airport police chief, was taken to a hospital after police arrived on the scene.

A video of the attack was uploaded online by G.E.’s relatives, and Ramazan Ç. was taken into custody for questioning over the incident.

Although the movement denies any involvement, the Turkish government launched a widespread purge aimed at cleansing alleged sympathizers of the movement from within state institutions.