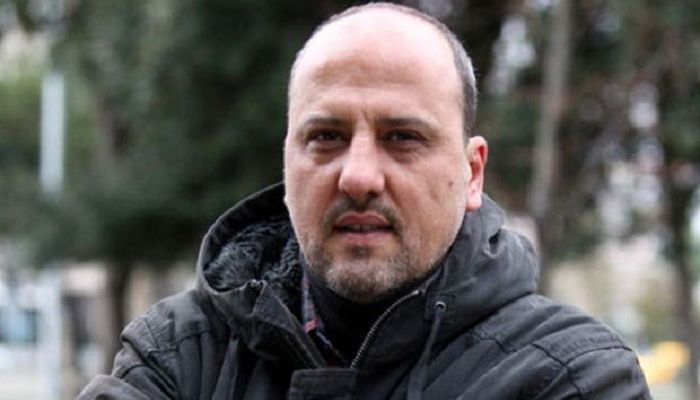 Prominent journalist and Cumhuriyet daily reporter Ahmet Şık, who was arrested last December on charges of disseminating terrorist propaganda, said on Thursday that he is in jail for his views critical of the government and fro his support of a “no” vote in a referendum on April 16 on an amendment package that will switch Turkey to an executive presidency.

In a message to Bianet.com via his lawyers on Thursday, Şık said, “Like many who are being held in prison, I also know that I am being kept hostage because of the referendum.”

Underlining that he would lend his support to those who will vote “no” in the referendum, Şık added, “As I would have said if I were outside, being against all sorts of dictatorships, in every language, [I say] NO!”

Şık was arrested by a court on Dec. 30, 2016 on charges of disseminating terrorist propaganda for the Kurdistan Workers’ Party (PKK), the Revolutionary People’s Liberation Party/Front (DHKP/C) and the faith-based Gülen movement.

According to the state-run Anadolu news agency, Şık was detained for his interview with a PKK leader, Cemil Bayık, and his columns questioning controversial National Intelligence Organization (MİT) trucks that were allegedly carrying weapons to illegal groups in Syria.

Şık has been openly critical of President Recep Tayyip Erdoğan and the Justice and Development Party (AKP) as well as the Gülen movement.