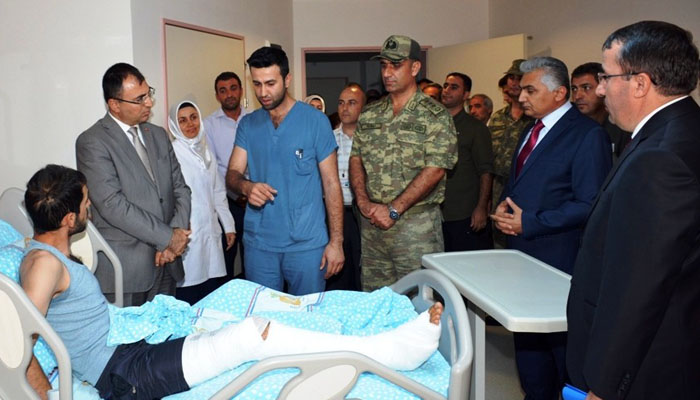 Dismissed as part of the government’s post-coup witch hunt, Sgt. Aziz Demir, who was injured amid clashes between Turkish military and outlawed Kurdistan Workers’ Party (PKK) is being denied surgery as he was stripped of social security benefits.

Demir was targeted in a PKK attack against a military base in Diyarbakır’s Lice district on Aug. 24, 2016. While four of his comrades were killed, seven others were left injured. Demir has had several shrapnel pieces stuck inside his hip and leg, to be pulled out in a surgery.

Yet, he was dismissed with a government decree on Feb. 7, 2017 as part of purges following July 15 failed coup, leaving him without social security benefits.

According to Samanyolu news portal, Demir has failed to find access to the officials since his dismissal.

On Sept. 1, Malatya Governor Mustafa Toprak along with some military officials visited the hospital Demir was staying at and paid homage to the efforts “the hospital workers and doctors carried out.”

“As we see here, our injured veteran has been undergoing his treatment with every possible means employed by doctors and health personnel employ,” Toprak told reporters. (Turkey Purge)