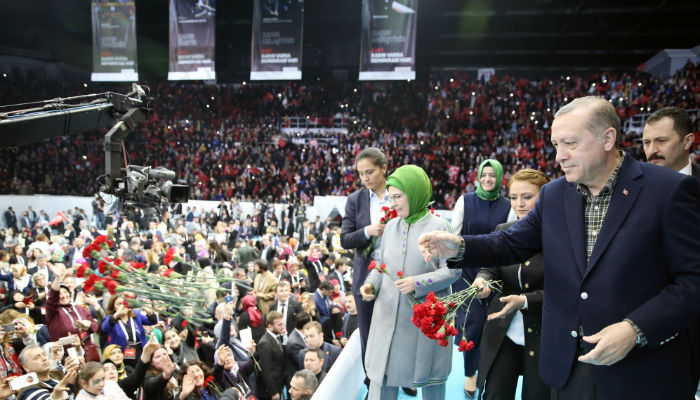 President Recep Tayyip Erdoğan has said many problems regarding women will be resolved when women are first seen as human beings.

Speaking at a meeting of the Women and Democracy Association (KADEM) in İstanbul on the occasion of the upcoming International Women’s Day on March 8, Erdoğan said:”When we see women as human beings, we will witness the solution of many problems.”

President Erdoğan is notorious for his controversial remarks about women and has long been accused by critics of seeking to erode the country’s secular principles and limiting the civil liberties of women.

In a speech in 2014, he said women are not equal to men. He said biological differences meant women and men could not serve the same function, adding that manual work was unsuitable for the “delicate nature” of women.

He has drawn the ire of feminist groups for declaring that every woman in Turkey should have three children and with proposals to limit abortion rights, the morning-after pill and caesarean sections.

In another controversial statement he made in early 2016, Erdoğan said a woman who refrained from having children out of a desire to work was “deficient” and “in denial of her womanhood.”