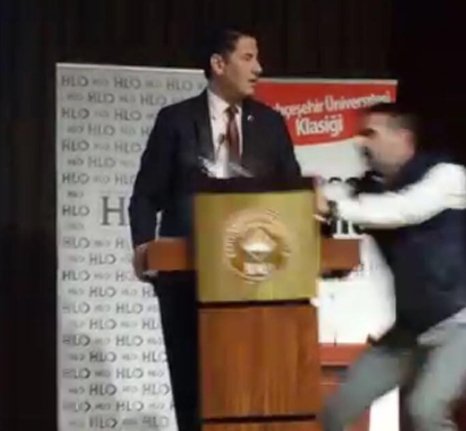 Sinan Oğan, a politician who was expelled from the opposition Nationalist Movement Party (MHP), was attacked while campaigning for a “no” vote in an upcoming referendum that will bring an executive presidency to Turkey.

A young man rushed on to the stage and attacked Oğan while he was on the podium at İstanbul’s Bahçeşehir University.

Oğan resumed his talk after security removed the man.

“Those who fooled this young man and sent him here are actually hurting our party,” Oğan said in criticism of his fellow party members.