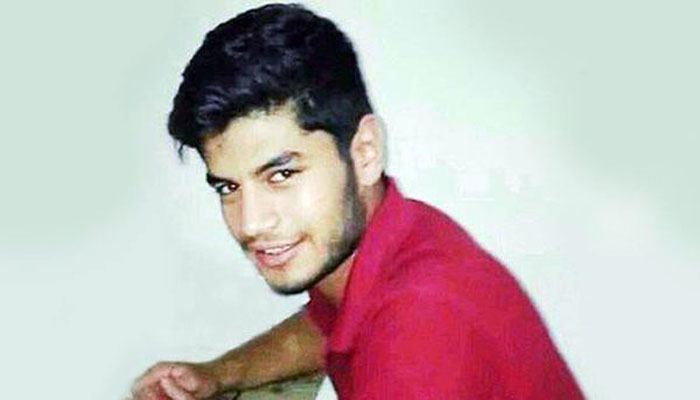 A Turkish court issued a detention warrant last May for Kurdish journalist and government shuttered Azadiya Welat news editor Rohat Aktaş, who was shot to death on Jan. 22, 2016 in the southeastern Turkish town of Cizre, a pro-Kurdish Peoples’ Democratic Party (HDP) deputy said on Thursday.

According to a parliamentary question submitted by HDP Şanlıurfa deputy Dilek Öcalan on Thursday to be answered by Justice Minister Bekir Bozdağ, the Diyarbakır Public Prosecutor’s Office issued a detention warrant for Aktaş, who was buried in Cizre on Feb. 26, 2016 after his body was identified through DNA testing at the Diyarbakır Council of Forensic Medicine (ATK).

Azadiya Welat editor Zeynel Bulut, who was present when Aktaş’s body was brought to the ATK, also identified him.

“Didn’t the Diyarbakır 4th High Criminal Court have any information about Aktaş’s death, which took place four months before the court summoned him to testify? Is not that a scandal?” she asked.

Öcalan claimed that Aktaş was killed by Turkish soldiers during clashes between security forces and outlawed Kurdistan Workers’ Party (PKK) members in the Cudi neighborhood of Şırnak’s Cizre district which continued for 78 days, from Dec. 14, 2015 to March 2, 2016.

According to the Turkish media, the Diyarbakır Public Prosecutor’s Office demanded and the Diyarbakır 4th High Criminal Court ordered the detention of the slain journalist on charges of aiding the PKK, which is considered a terrorist organization by the Turkish state.

The Turkish army and police carried out a wide-ranging operation on Feb. 7 of last year when they raided the building in Cudi, where dozens of people were wounded and reportedly killed. According to news reports on Turkish TV, more than 60 people were trapped and may have been killed during the operation.

According to a report by Turkish human rights organization Mazlumder following the incident, more than 200 people were killed and over 10,000 houses were destroyed in Cizre alone during curfews that were imposed after July 2015.

Following the collapse of a settlement process for the Kurdish issue in Turkey in July 2015, nearly 200,000 locals left their homes due to fighting and curfews.