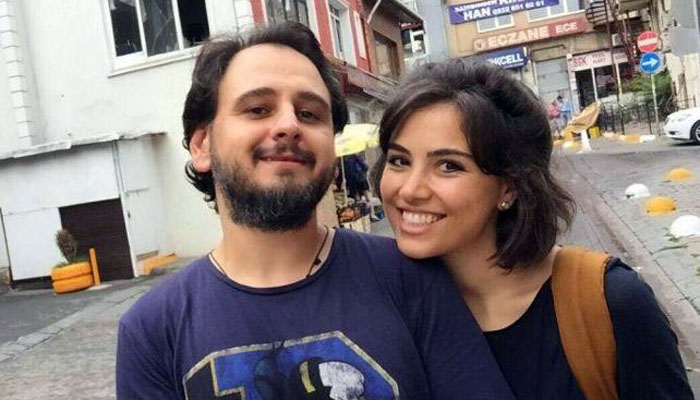 Diken news website editor Tunca Öğreten, who was arrested on Jan. 17 for publishing stories on the leaked emails of President Recep Tayyip Erdoğan’s son-in-law and Energy Minister Berat Albayrak, got married in Silivri Prison on Wednesday.

Öğreten had recently written a letter to his fiancee Minez Bayülgen to propose.

“From captivity to freedom, from autocracy to democracy, do you agree to be my wife? Will you marry me, Minez Bayülgen?” he wrote.

Öğreten was first detained on Dec. 25 along with six other journalists and later arrested on Jan. 17 in the same case in which German Die Welt daily reporter Deniz Yücel was arrested by a court on Monday.

Öğreten’s lawyer Sema Özdemir told the Birgün daily that she and a prison guard were witnesses during the ceremony at Silivri Prison on Wednesday.

Özdemir quoted Öğreten as saying during the ceremony that the “yes” to marry Bayülgen is the only “yes” he would say until an April 16 referendum, when Turkey will vote for a constitutional amendment package that will increase President Recep Tayyip Erdoğan‘s powers and switch Turkey to an executive presidency.