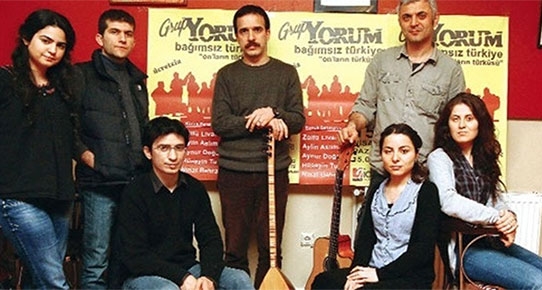 The members of leftist band Grup Yorum, who were arrested on Nov. 23, were released at their first court hearing in İstanbul on Wednesday, Birgün reported.

All the members of the band — Ali Aracı, İnan Altın, Selma Altın, Sultan Gökçek, Fırat Kıl, Dilan Poyraz, Helin Bölek and Abdullah Özgün — were detained by police during a concert in İstanbul in November.