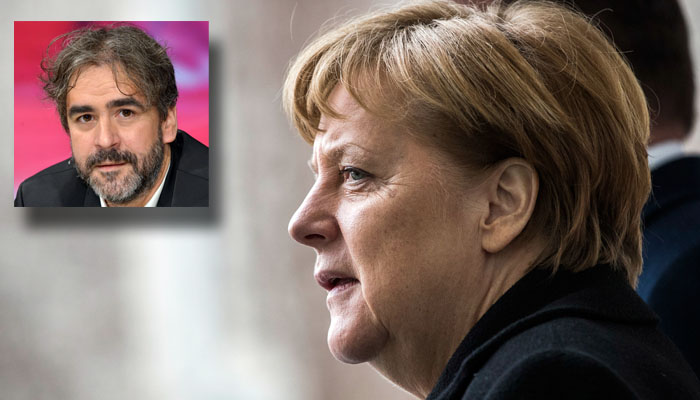 German Chancellor Angela Merkel has reacted to a Turkish court decision to arrest German daily Die Welt’s Turkey reporter Deniz Yücel for “disseminating the propaganda of a terrorist organization” and “inciting people to hatred and enmity,” calling it “disproportionate,” Reuters reported on Monday.

“The German government expects that the Turkish judiciary, in its treatment of the Yücel case, takes account of the high value of freedom of the press for every democratic society. We will continue to insist on a fair and legal treatment of Deniz Yücel and hope that he will soon regain his freedom,” she said, criticizing move as “bitter and disappointing.”

Foreign Minister Sigmar Gabriel also reacted to the decision, saying it showed in “glaring light” the differences between the two countries in evaluating freedom of the press and freedom of opinion, Reuters reported.

Yücel is the first German reporter to be held in Turkey, where over 150 journalists are already behind bars.

Yücel was detained in Turkey on Feb. 14 as part of an investigation for publishing stories on the leaked emails of President Recep Tayyip Erdoğan’s son-in-law and Energy Minister Berat Albayrak.

In a story on Monday Deutsche Welle (DW) underlined that conditions have worsened in Turkey for non-Turkish journalists.

“Many foreign journalists declined to comment as some said they do not want to compromise their visa or press card applications. Others said the situation is ‘very sensitive’ for commenting on the topic,” DW said.

Speaking to DW, an Istanbul-based freelance foreign journalist who preferred to remain anonymous, said: “The major shift since 15th of July 2016 is the availability of sources, the personal verbal attacks when reporting, and perceived threats of arrest. After the coup, Turks became much more cautious about talking politics to the foreign press and talking in public. We can meet in cafés or offices, but doing interviews in the street is more difficult. People don’t want to be seen answering questions.”

The same journalist said that in light of the detentions, deportations and bans of some members of the foreign press, she has become more cautious about the topics she covers and how she covers them.

“Everybody recognizes that there is now self-censorship in Turkey. For example, I don’t tweet my own articles and I don’t use the hashtag #Erdogan,” she said.