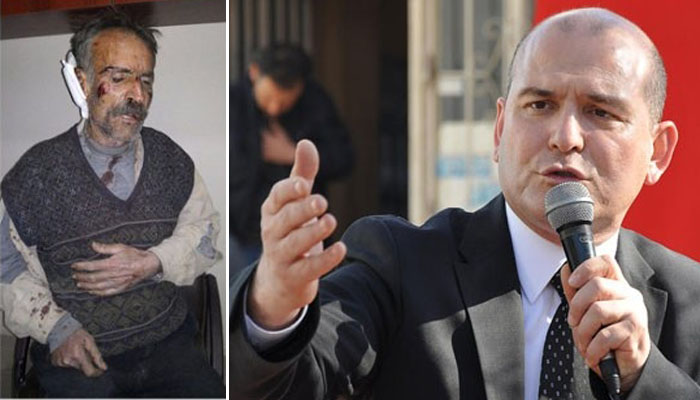 Turkey’s Interior Minister’s Süleyman Soylu has defended the treatment of Abdi Aykut, a Kurdish man who was alleged to have been tortured while in detention, saying he was linked to terrorist activities.

“He talks about an elderly man. He says: ‘You are torturing him!’ There is nothing unlawful. We have been watching this elderly man’s home for the past five months. This house is where they planned the Istanbul, Mersin and Izmir attacks, and the man you call elderly is abetting terrorism in this house,” Soylu said at a ceremony in Trabzon on Friday.

Abidin was detained in the village of Koruköy in southeastern Mardin province, which has been under blockade as part of Turkish military operations against the Kurdistan Workers’ Party (PKK) since Feb. 11.

Family members had not heard from Aykut for 14 days until a powerful photo, claimed to be of him, was published on social media, raising allegations of torture.

Turkey’s Human Rights Association (İHD) said in a recent report that several families cannot reach their children in Koruköy due to the blockade. (Turkey Purge)