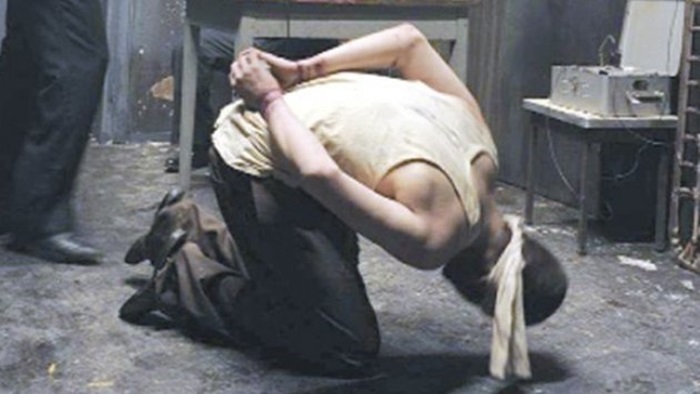 According to a story on the Aktif Haber news portal, O.K. was detained on Aug. 1 over links to the Gülen movement, inspired by US-based Turkish scholar Fethullah Gülen, who Turkish authorities accuse of being behind a failed coup attempt in July of last year, and arrested by a court after 22 days of detention.

O.K. had written letters to judicial authorities about the torture he was subjected to during his time in police custody in Zonguldak. However, O.K. was arrested on charges of membership in a “terrorist organization.”

Denying the accusations against him during questioning at the Zonguldak Police Department for 22 days of detention, O.K. was forced to confess to crimes he didn’t commit and was subjected to torture that affected his physical and psychological health.

During his first days of detention, O.K. was held at the Soğuksu Police Station and Çaydamar Public Security Office, where his eardrum burst after a policeman punched him on the ear while forcing him to confess he was an “imam” of the Gülen movement in charge of police officers in Zonguldak.

Following a doctor’s report proving he was battered, O.K. was transferred to the Zonguldak Police Department, where police officers continued to torture him in a room without CCTV surveillance.

In order to humiliate him, police officers stripped him naked and kept him bent over for hours.

Denying the accusations and refusing to sign a statement prepared by the police, O.K. became depressed after police officers called him “dishonorable” for days. He started to talk to himself, saying “I am not a dishonorable person.”

Police officers sometimes offered tea to O.K., who was severely beaten following drinking the tea, which made him dizzy. Because of the police beating O.K. for days, parts of his legs were bruised and he underwent treatment in the hospital for vascular occlusion due to torture.

Having seen O.K. refusing to sign a prepared testimony despite severe torture, police officers told him they would take his wife from his home and rape her.

According to O.K.’s letters, several people signed prepared testimonies after they were subjected to severe torture.

The testimony for O.K. included confessions such as “I participated in the coup attempt” and “We kept the nails of Gülen since they are sacred.”

After being subjected to severe physical and psychological torture in police custody for 22 days, O.K. didn’t hug his children or hold his wife’s hand when he was taken to court for his hearing due to the threats made by police officers to rape her.

According to O.K.’s family, he has lost a lot of weight, has a serious vascular occlusion problem and has permanent hearing impairment due to torture under police custody.

Turkey survived a military coup attempt on July 15 that killed over 240 people and wounded more than a thousand others. Immediately after the putsch, the Justice and Development Party (AKP) government along with President Recep Tayyip Erdoğan called the coup “a great gift of God” and pinned the blame on the Gülen movement, inspired by US-based Turkish Islamic scholar Fethullah Gülen. Critics argue that lists of Gülen sympathizers were drawn up prior to the coup attempt.