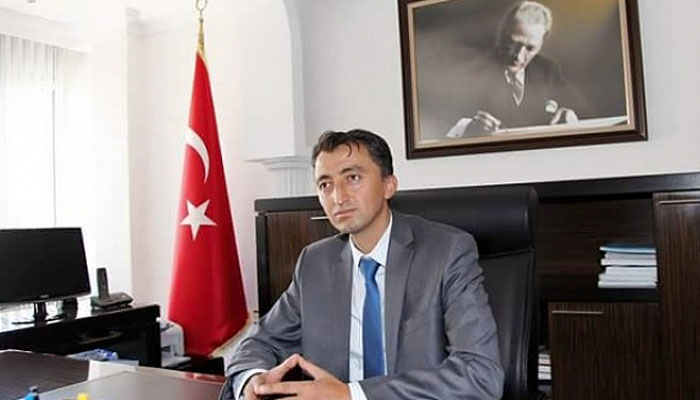 Ali Türk, the former local governor of Malatya’s Darende district who was arrested on Monday over links to the faith-based Gülen movement, said he was successful in a state interview to become a local governor in 2008 after giving President Recep Tayyip Erdoğan’s son Bilal Erdoğan as a reference.

According to the Hürriyet daily, Türk’s testimony to a prosecutor on Feb. 20 shows that he had failed twice in interviews to become a local governor, however was successful after reaching out to Bilal Erdoğan through one of his university classmates and giving him as a reference.

“I was successful in the exam for local governors in 2008. I reached out to the son of Mr. President [Erdoğan], Bilal Erdoğan. Thus, I  became a local governor after passing the interview,” he said to the prosecutor.

Darende local governor Türk was detained on Feb. 16 as part of an investigation by the Gaziantep Public Prosecutor’s Office into the Gülen movement, a global civil society movement inspired by the views of US-based Turkish Islamic scholar Fethullah Gülen, who is accused by Turkish authorities of being behind a failed coup attempt last July.

Türk also said that he reached out Bilal Erdoğan through Selim Başdemir, who was Türk’s friend at Yıldız Technical University and Bilal Erdoğan’s friend at Kartal Anadolu İmam-Hatip High School.

While Türk is accused of using ByLock, a smart phone application that authorities believe is a communication tool between members of the Gülen movement, his wife Yasemin Türk, who is a teacher, is also under detention as part of an investigation by the Malatya Public Prosecutor’s Office into the Gülen movement.