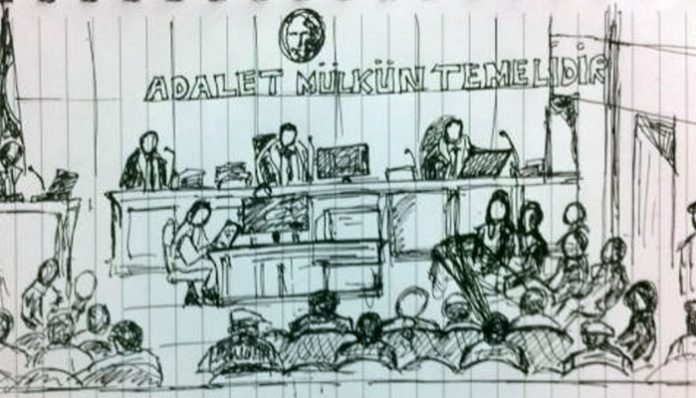 A man jailed over alleged links to a failed coup in Turkey last July said during a recent hearing in Kırıkkale that he may never be a father because of the torture he was subjected to in jail.

According to a story on the Torture in Turkey website, 48 people who were imprisoned as part of a government purge following the failed coup appeared before a court in Kırıkkale after six months in pretrial detention.

One of the 48 victims, a teacher with the first name Recep, said his testicles had been crushed and that a hard object was inserted into his anus while in prison.

“I was kept naked in the cold. I was beaten. Pressure was applied to my genital area. The pain didn’t stop for months. I am a bachelor, and I may never be a father,” the victim said after requesting that his mother be removed from the courtroom so that she would not hear about the torture.

Encouraged by victims who revealed the torture they were subjected to, another torture victim said his torturer was sitting in the courtroom as a means of exerting pressure on him.

The torture in Kırıkkale reportedly started with the approval of the then-police chief, Hasan Onar, and continued under his successor, Mehmet Çorumlu. Prosecutor Kasım Tüten allegedly turned a blind eye to the mistreatment of detainees in the province.

The court released 18 people at the end of the hearing.

In December of last year, United Nations Special Rapporteur on Torture Nils Melzer said during a press conference in Ankara said that the environment in Turkey following the failed coup in Turkey on July 15 was conducive to torture.

“Some recently passed legislation and statutory decrees created an environment conducive to torture,” Melzer told reporters amid growing complaints and reports about the existence of systematic torture in Turkey’s prisons. The country has been under a state of emergency, extended for three months in October, after the botched coup of July 15.

On Oct. 27, in a 43-page report titled “A Blank Check: Turkey’s Post-Coup Suspension of Safeguards Against Torture,” Human Rights Watch documented 13 specific abuse incidents concerning Turkey’s post-coup detainees. The alleged abuse cases ranged from the use of stress positions and sleep deprivation to severe beatings, sexual abuse and the threat of rape.

Human rights group Amnesty International reported on July 24 that it had received credible evidence of detainees in Turkey being subjected to beatings and torture, including rape, since a failed coup on July 15.

In September, the Turkish government postponed the scheduled visit of Juan E. Mendez, the UN special rapporteur on torture, to the country, which has been beset by allegations of torture, maltreatment and rape against detainees in the aftermath of the failed coup.

The postponement came just weeks after Turkey’s National Police Department was accused of having removed evidence of torture and ill treatment of post-coup detainees prior to the official visit of a delegation from the Committee for the Prevention of Torture (CPT).

In a classified letter widely circulated in media outlets, the acting deputy head of the Turkish National Police warned all officers about the visit and ordered them to avoid using sports facilities as detention centers during the delegation’s stay in the country.