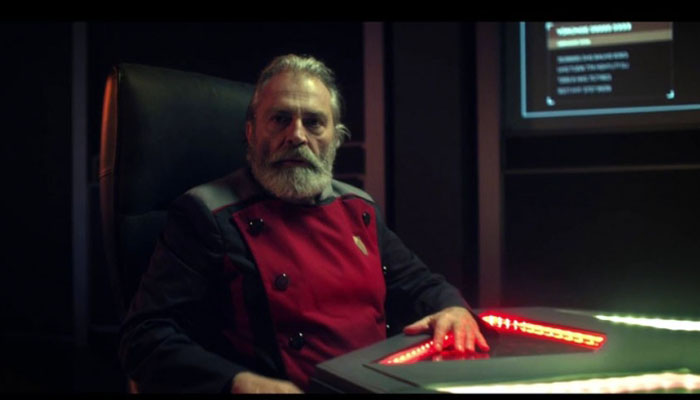 Turkey’s Ministry of Culture and Tourism has refused to register a short film for an upcoming film festival in İstanbul due to scenes that are critical of an executive presidency.

In a written statement on Thursday, Kaan Arıcı and İsmet Kurtuluş, directors of the short film “The Last Schnitzel,” announced that the ministry demanded they cut some scenes from the film in order to process an application for registration in the 16th !f İstanbul Independent Film Festival.

Underlining that they are not going to make the changes demanded by the Ministry of Culture and Tourism, the directors said, “The film in which Haluk Bilginer and Serkan Keskin have the leading roles will not be showcased at the İstanbul Independent Film Festival and probably not at other film festivals, either.”

Zafer Ayden, president of Turkey’s Union of Cinema workers (Sine-Sen), said “The Last Schnitzel” short film was censored by the Ministry of Culture and Tourism for including comments on an executive presidency.

“This is part of and an expansion of censorship in Turkey. They [government] aim to ban everything that is critical of and not similar to their ideologies,” he said in a statement to Turkish media.

In a statement on Thursday, the !f İstanbul Independent Film Festival organizing committee said they were sorry to see the statement of “The Last Schnitzel” directors saying the film will not be showcased at the festival but added that only films that are registered with the ministry can participate in the festival.

The 16th !f İstanbul Independent Film Festival will be held between Feb. 18-28 in İstanbul and March 3-6 in Ankara and İzmir.

The ruling Justice and Development Party (AKP), backed by Nationalist Movement Party (MHP), pushed through the legislation that President Recep Tayyip Erdoğan says will bring the strong leadership needed to prevent a return of the fragile coalition governments of the past.