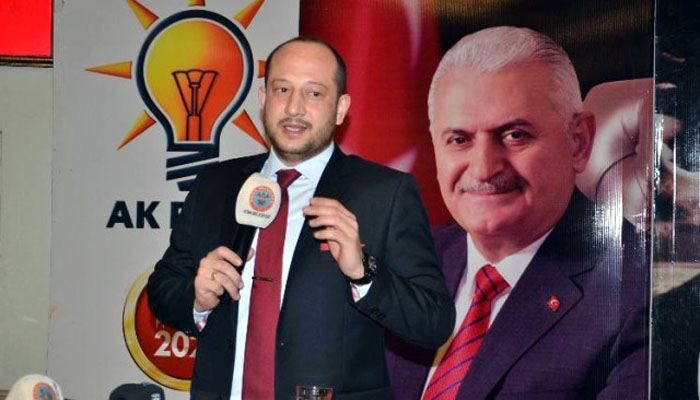 Justice and Development Party (AKP) Manisa provincial deputy chairman Ozan Erdem, who warned of a civil war if a “no” vote emerges from a referendum to be held on a constitutional reform package in April, has resigned from his post.

Erdem came to public attention with his controversial remarks during an AKP youth wing meeting in Manisa’s Soma district on Monday, suggesting that party members must be ready for a civil war if the referendum on the constitutional amendment package that will switch Turkey to an executive presidency fails to be approved.

Erdem’s resignation came on Thursday following a statement released by Akhisar Chief Public Prosecutor Mehmet Nadir Yağcı, who said an investigation had been launched into Erdem by the Soma Chief Public Prosecutor’s Office to determine whether his remarks made during the speech on Monday constitute any elements of a crime.

“If we end up unsuccessful in this referendum, get ready for a civil war. We should know that either from among us or from outside of us, the cards will be reshuffled and the plotting will start all over again. … Just as we sacrificed our blood and our lives [on July 15], this time we must give with our votes. But not just for ourselves; for God’s sake, please call and tell everyone in your address book,” Erdem said.

He further added, “I believe that if we can get through this [process] with success, we are going to achieve our dreams and [party] goals for 2023, 2053 and 2071 much faster as a great and strong Turkey.”

Erdem’s remarks attracted harsh criticism from many, and even AKP Deputy Chairman Mustafa Ataş told the Hürriyet daily on Wednesday that the views expressed by Erdem are unacceptable and do not fit with AKP policy.

“As soon as I was informed about the incident, I talked to the Manisa provincial chairman and demanded the resignation of the deputy chairman [Erdem],” Ataş said.