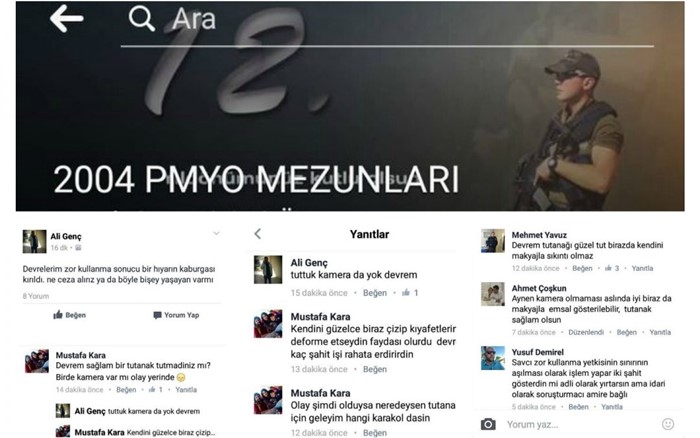 With police brutality already proven to have increased in recent protests across the country, Ali Genç, an abusive officer who was involved in a violent arrest, took it to the next level, asking for his colleagues’ advice on how to dodge charges.

“Mates, the ribs of a jerk were broken as a result of the use of force. What penalty I would be given, or have you ever experienced a similar incident?” Genç asked.

While the details of the violent arrest have yet to emerge, at least eight police officers shared their opinion below Genç’s question.

What follows are some of the recommendations provided by Genç’s friends.

“If you have two witnesses, you can dodge the judicial investigation, but the administrative investigator was appointed by the top police chief,” Yusuf Demirel wrote.

Mustafa Kara asked if any CCTV camera had recorded the incident before advising him to have some bruises on his face.

After Genç said there was no camera at the scene of the incident, Kara told him to rough up his clothes to pretend like it was the suspect who attacked Genç first.

Kara also suggested a fake witness to help Genç out.

Mehmet Yavuz told Genç that he should prepare a “well-written” report regarding the incident before saying, “And also if you put on some makeup, there will be no problem.”

Ahmet Çoşkun agreed with Kara’s advice: “Yes, it is pretty good that there was no camera,” and added that a “solid” report along with some makeup would help out.