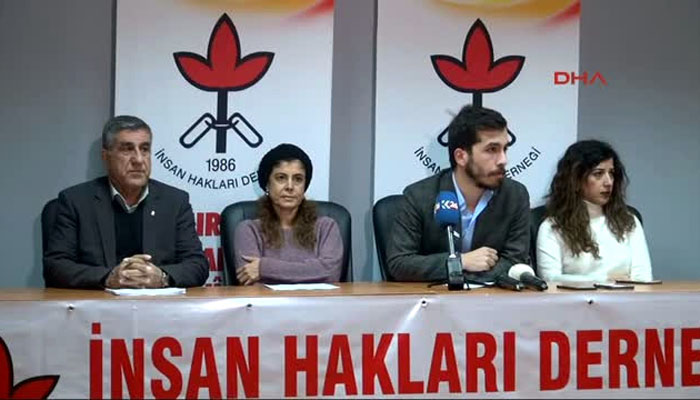 Sixty-eight children were killed, 150 detained, 40 arrested and six were tortured during clashes between Turkish security forces and the Kurdistan Workers’ Party (PKK) in 2016, according to a report by Turkey’s Human Rights Association (İHD) Diyarbakır branch.

Releasing the report titled “Violations Against Child Rights in Eastern and Southeastern Regions during 2016” at a press conference on Thursday, lawyer Ercan Yılmaz, director of the İHD’s Commission on Children, said severe child rights violations occurred in the eastern and southeastern regions of Turkey in 2016.

The report also said 150 children were detained and 40 others were arrested during demonstrations or house raids in 2016 and that in addition, six children were tortured.

The report suggested that judicial bodies are not effective enough to investigate violations of children’s rights in the region and underlined that the most important reason for child rights abuses is the absence of constructive social policies concerning children.

Following the collapse of a settlement process for the Kurdish issue in Turkey in July 2015, there were repeated clashes between security forces and outlawed PKK members in southeastern provinces that resulted in nearly 200,000 locals leaving their homes due to fighting and curfews.