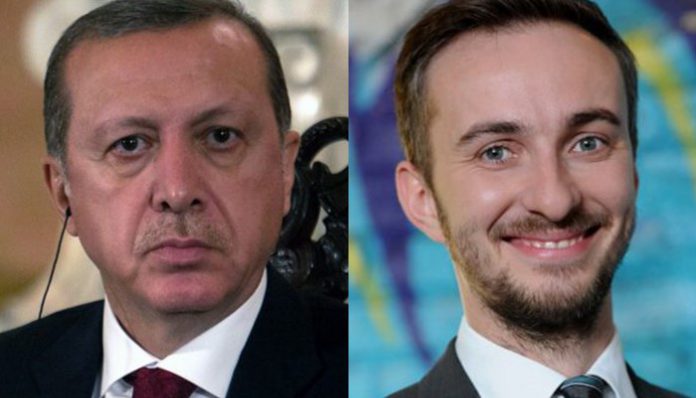 A German court has decided to keep a partial ban in place on a poem by comedian and TV host Jan Böhnermann despite a request made by Turkish President Recep Tayyip Erdoğan for a complete prohibition of the poem.

A Hamburg court on Friday handed down the verdict preventing the re-publication of the offensive parts of the poem, which had led to a diplomatic crisis between Turkey and Germany after it was first read on German TV in March 2015.

Deutsche Welle reported on the latest developments on the poem row on Friday as Germany recently moved to remove the passage in an old law that prohibits insulting foreign heads of state.

Previously, the lawyer for Erdoğan raised objections following a German prosecutor’s decision to abort an investigation into Böhmermann for reading an insulting poem about Erdoğan.

Böhmermann had read an offensive poem about Erdoğan on ZDF TV, which led to the delivery of a diplomatic note to Germany from the Turkish government. Turkey had asked the German Foreign Ministry to put Boehmermann on trial on charges of “insulting a representative of a foreign state.”

During his weekly “Neo Magazin Royal” show, Böhmermann read a poem that included crude sexual jokes about Turkey’s president. A Mainz prosecutor in April had said the office had received some 20 complaints from “private individuals” about Böhmermann’s poem, automatically triggering the opening of preliminary proceedings.The German government approved an investigation into the comedian for insulting a foreign leader.

However, the Mainz prosecutor released a statement saying that there were not sufficient grounds for a criminal investigation into the comedian, upon which Erdoğan’s lawyers submitted an objection. The office of the prosecutor announced that Erdoğan’s objection would be evaluated by the main prosecutor’s office in Koblenz.