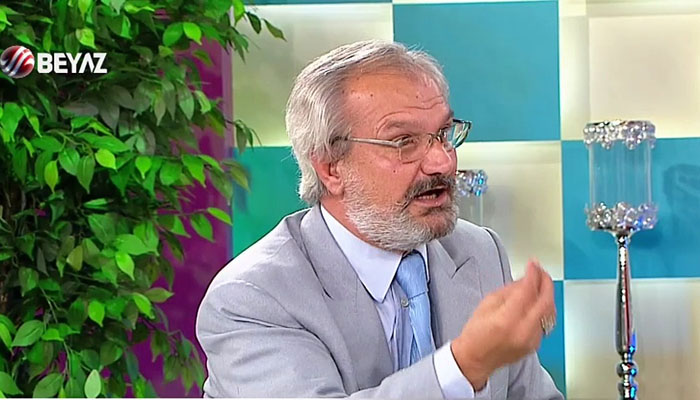 Vehbi Güler, a theologian and a staunch supporter of President Recep Tayyip Erdoğan, likened naysayers in an upcoming referendum that will introduce an executive presidency in Turkey with Satan, who disobeyed God’s orders.

Speaking during a live show on the pro-government Beyaz TV, owned by Ankara Mayor Melih Gökçek’s son Osman Gökçek, over the weekend, Güler pointed out that it was Satan who said “no” to God’s order to bow down before Adam and implied that those who vote against the amendment package in the referendum in April are similar to Satan, who challenged God’s orders.

“It was only Satan who challenged God’s orders and said ‘NO.’ He said ‘NO’ only once in his lifetime and will remain Satan forever,” he said.

Underlining that all other angels obeyed God’s order by saying “YES, O God, if you say so, we say yes,” Güler said a prayer during the program and called on all to join the “yes” campaign for the referendum.

“O God, with our religion, faith, country, nation, flag, pennants, superiors, officers, youths and elders, let all those who sincerely say ‘Allah’ in their hearts say ‘YES’ once in their lifetime,” he said.

Since the Turkish Parliament approved the constitutional package on Jan. 21 and started the process of putting the amendments to a referendum, several ruling Justice and Development Party (AKP) deputies, singers, football players and pro-Erdoğan journalists have joined the “yes” campaign for the referendum and posted videos on social media inviting their friends and people to vote in favor of the changes.