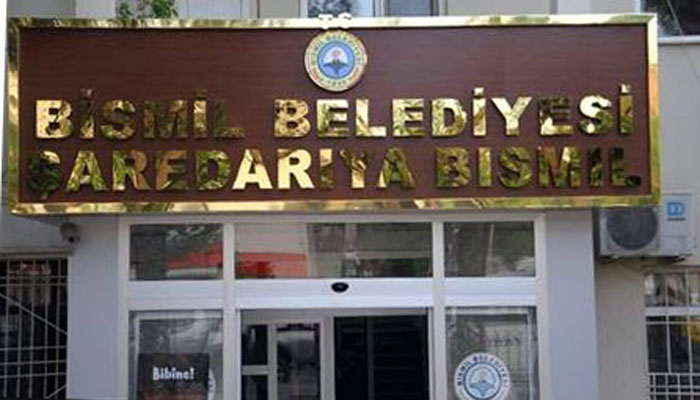 The district governor of the Bismil district in southeastern Diyarbakır province was appointed as a trustee to the Municipality of Bismil in place of Co-mayor Cemile Eminoğlu on Monday after a court issued a detention warrant for her on Saturday.

Police conducted a search of Eminoğlu’s apartment, the municipal building and her office on Saturday.

Turkish courts appointed trustees to 69 municipalities run by co-mayors from the DBP and jailed 78 co-mayors since Turkish Interior Minister Süleyman Soylu stated in Ankara on Sept. 10 that municipalities in the country’s eastern provinces which have links to the terrorist Kurdistan Workers’ Party (PKK) would be terrorist-free municipalities.