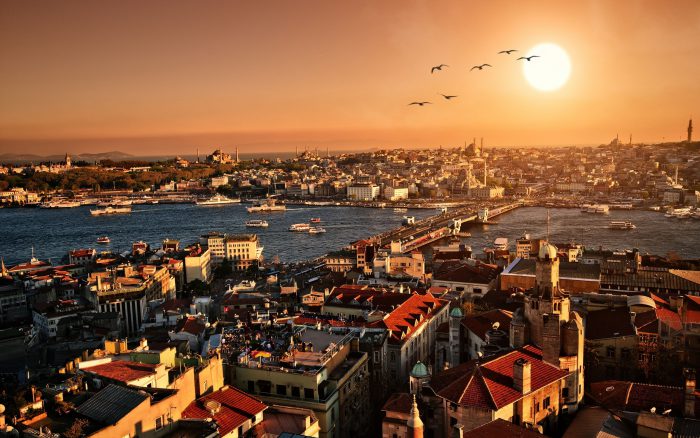 Following several minor earthquakes in western Turkey over the past two days, the director of the country’s largest seismology center, the İstanbul-based Kandilli Observatory, said on Tuesday that a major earthquake in İstanbul with a magnitude of 7 or greater would not be surprising.

“An earthquake in the Marmara [region], particularly in İstanbul, with a magnitude of 7 or 7.2 would not be surprising. It could happen as we speak,” said Professor Haluk Özener, talking to reporters.

Earlier the same day, Ankara Metropolitan Municipality Mayor Melih Gökçek warned that foreign countries might be planning to trigger an artificial earthquake in Turkey’s Marmara region to cause economic destruction in the country.

Writing from his Twitter account on Tuesday, Gökçek voiced his concerns about an artificial earthquake in the wake of several tremors, all greater than magnitude five, which hit Turkey’s west coast around Çanakkale province on Monday and Tuesday.

İstanbul and its surrounding region were hit by a major earthquake on Aug. 17, 1999 that claimed approximately 18,000 lives.

“A serious earthquake hit Çanakkale today. I searched it a little bit and found out that there is a ship in the environs doing seismic research. It should immediately be found out which country this ship belongs to and what it is searching for. No matter who says what, I am seriously concerned about the triggering of a potential earthquake,” Gökçek wrote.

He said there are efforts to lead Turkey into economic destruction by triggering an earthquake around İstanbul.

“All the submarines and ships with heavy equipment around İstanbul, Marmara and Çanakkale should be kept under control,” Gökçek wrote.

In August, Gökçek made a similar warning and said the faith-based Gülen movement, which is accused by the government of masterminding a failed coup attempt on July 15, would trigger an earthquake in the country.

On Tuesday, he also wrote that his warning in August foiled the Gülen movement’s plans to trigger an artificial earthquake.