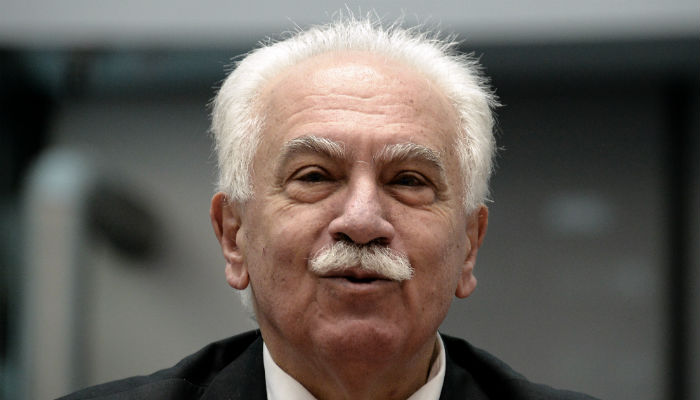 Bahçeli had said earlier in the day that he would choose Erdoğan if he had to make a choice between Erdoğan and Perinçek.

Bahçeli’s remarks came during his party’s parliamentary group meeting on Tuesday as he attempted to explain why his party was endorsing a “yes” vote in a referendum to be held in April on a constitutional reform package introducing an executive presidency in Turkey.

“We say ‘yes’ to the constitutional amendments. That’s why some circles are uneasy. If we had to make a choice between Perinçek and his naysayer comrades and Erdoğan, everyone should know that we would choose Mr. Erdoğan. Even if they go crazy, we will say ‘yes’ for the nation, for the state and for the eternity of Turkishness,” said Bahçeli.

Perinçek, who spoke to the Ulusal Kanal TV station later on Tuesday, said: “If they choose Erdoğan, they will have chosen Perinçek because the Justice and Development Party [AKP] headed by Mr. Erdoğan has adopted policies defended by Perinçek on many issues.”

The AKP government and Erdoğan are criticized by many for joining forces with Perinçek and adopting his plans.

When he was released from prison in 2014after serving for six years due to his alleged membership in Ergenekon, a shadowy crime network, Perinçek promised to eradicate all religious communities in Turkey, and now the AKP is following a similar policy.