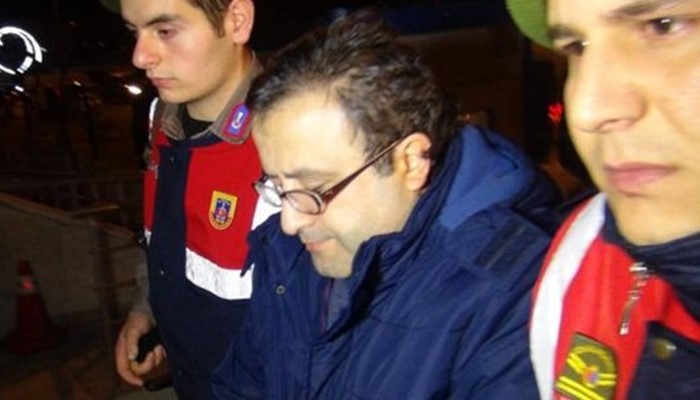 Former assistant professor at Istanbul University’s faculty of engineering E.Ö. was detained along with his family in Turkey’s border town of Meriç as they were attempting to flee to Greece on Saturday.

E.Ö. was an engineering professor at Istanbul University until he was dismissed as part of an investigation into the Gülen movement, which the government considers to be behind a military coup attempt on July 15, 2016.

Gendarmerie forces in Meriç stopped a car upon information earlier provided by an informant and detained E.Ö., his wife T.Ö. and his children A.K.Ö. and İ.Ö. as well as a driver identified as G.A.

A.K.Ö is reported to be 11 years old while his brother is only 8.

Fethullah Gülen, who inspired the movement, called for an international investigation into the coup attempt, but President Recep Tayyip Erdoğan — calling the coup attempt “a gift from God” — and the government initiated a widespread purge aimed at cleansing sympathizers of the movement from within state institutions, dehumanizing its popular figures and putting them in custody.

A report prepared by the EU Intelligence Analysis Centre (IntCen) revealed that although President Recep Tayyip Erdoğan and the Turkish government immediately put the blame for the July 15 failed coup on the faith-based Gülen movement, the coup attempt was staged by a range of Erdoğan’s opponents due to fears of an impending purge, according to a report by The Times newspaper on Jan. 17. (Turkey Purge)