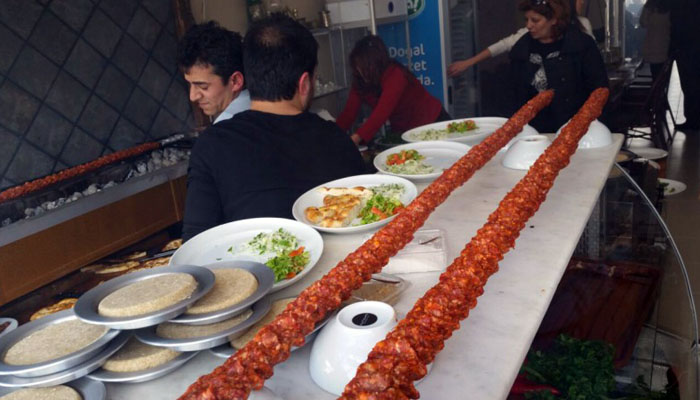 Once one of the partners of the İzmir-based private FEM preparation schools, A.D. was detained while working as a takeout packer at a grill restaurant in Eskişehir province.

A Turkish court previously confiscated all properties belonging to A.D. as part of an investigation into the Gülen movement, which the government considers to be behind a July 15 coup attempt.

The FEM prep school he used to partly own was also shuttered under Turkey’s post-coup emergency rule.

Rounded up while working at a grill shop in downtown Eskişehir, A.D. was ultimately put under pre-trial detention by court order.

Despite Turkish Islamic scholar Fethullah Gülen, whose views inspired the movement, and the movement having denied the accusation, President Recep Tayyip Erdoğan — calling the coup attempt “a gift from God” — and the government launched a widespread purge aimed at cleansing sympathizers of the movement from within state institutions, dehumanizing its popular figures and putting them in custody.

More than 135,000 people have been purged from state bodies, in excess of 90,000 detained and over 41,000 have been arrested since the coup attempt. Arrestees include journalists, judges, prosecutors, police and military officers, academics, governors and even a comedian. Critics argue that lists of Gülen sympathizers were drawn up prior to the coup attempt. (Turkey Purge)