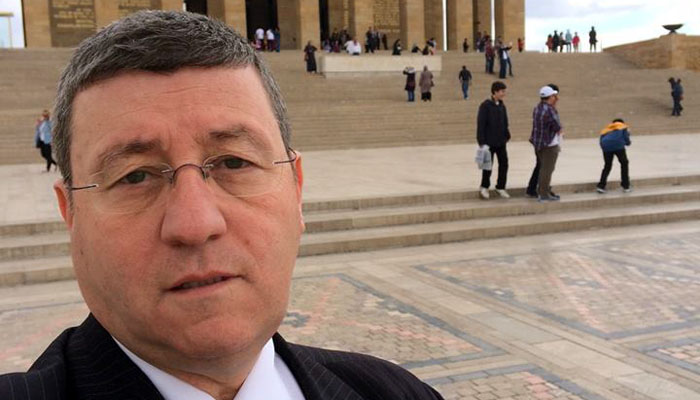 Suay Karaman, an academic at the Ankara-based Gazi University and the general secretary of the Association of Academic Staff (TÜMÖD), was sentenced on Friday to 11 months, 20 days in prison for allegedly insulting President Recep Tayyip Erdoğan.

An İzmir court ruled that Karaman’s speech during a panel discussion, held in protest of the long-disputed Sledgehammer case in İzmir on May 23, 2015, included comments insulting Erdoğan.

Karaman defied the ruling, saying that he only criticized Erdoğan and vowed to appeal the decision.

Meanwhile, a Şanlıurfa man, identified only by his initials A.A., was arrested for allegedly insulting Erdoğan on social media, according to the Cumhuriyet daily.

The Ministry of Interior Affairs announced last month that 10,000 people are currently under investigation on suspicion of terrorist propaganda and insulting senior state officials on social media.

The ministry also stated that in the last six months 3,710 social media users were investigated, of whom 1,656 were arrested. A total of 1,203 of those investigations resulted in releases on probation.

With new state of emergency decrees issued by the Justice and Development Party (AKP) government last month, police were given the authority to directly access information on the identity of Internet users. (Turkey Purge)