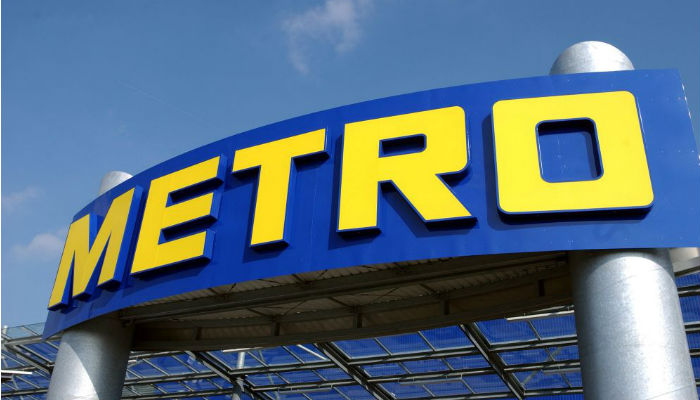 The Turkey branch of the Metro Group, a German retail and wholesale/cash and carry group, has replaced a commercial that emphasized the quality of its products out of fear it could be interpreted as supporting a “no” vote in an upcoming referendum on constitutional amendments introducing an executive presidency in Turkey, according to Republican People’s Party (CHP) deputy Barış Yarkadaş.

“I’ll post two videos now. Both of them were filmed for Metro Market. This commercial [the first one] was broadcast once and then pulled from the air. Why? Because in the first commercial, workers handling products bound for the market were saying, ‘No, this can’t be’ [we can’t approve low quality products]. The company got worried and withdrew the commercial. Instead, it came up with this [second] commercial. The fear is bigger than the mountains.”

In the first video, workers say “no” and reject products that are below standard, and Metro implies that all the products it sells are of high quality.  At the end, a woman is seen eating fish at a restaurant, which is apparently of high quality. She says, “Yes,” and a voice in the background says, “If those no’s had not been said, then this ‘yes’ would not have been said, either.”

In the second video, workers do not speak, they are just seen dealing with the packing and transportation of products, and only the sounds of their efforts are heard. At the end, a man is seen eating a meal at a restaurant and says, “Mmm,” after tasting the food. A voice in the background says, ‘If it were not those sounds [efforts of the workers], this sound would not have been uttered.”

The referendum on the constitutional amendments will be held in April. Pro-government circles are carrying out a vigorous “yes” campaign, and some government supporters are even threatening potential naysayers in the referendum.

There are widespread fears that the executive presidency will create one-man rule in Turkey and end the separation of powers.