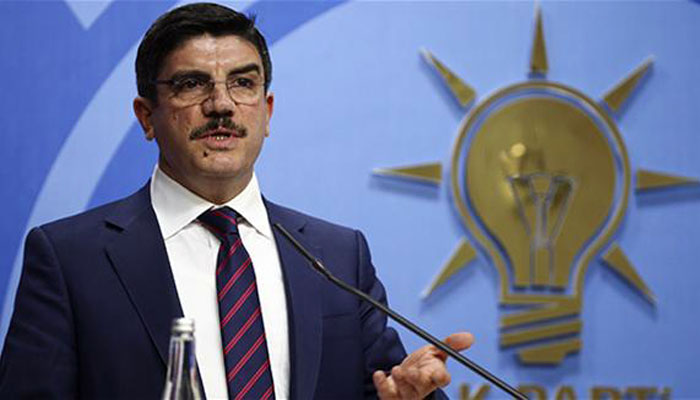 Speaking during a press conference following an executive board meeting of the AKP on Wednesday, Aktay described the Trump administration’s move as “totally against human rights, a big violation of human rights.”

“While people are fleeing those [banned Muslim] countries seeking shelter [in the US], shutting doors to those people — even green card holders – can only be called racism,” he said.

President Trump signed an executive order on Friday barring citizens from Syria, Iraq, Iran, Yemen, Libya, Somalia and Sudan from entering the country for 90 days and suspended the admission of all refugees for 120 days. The order indefinitely bans entry of those fleeing from war-torn Syria.