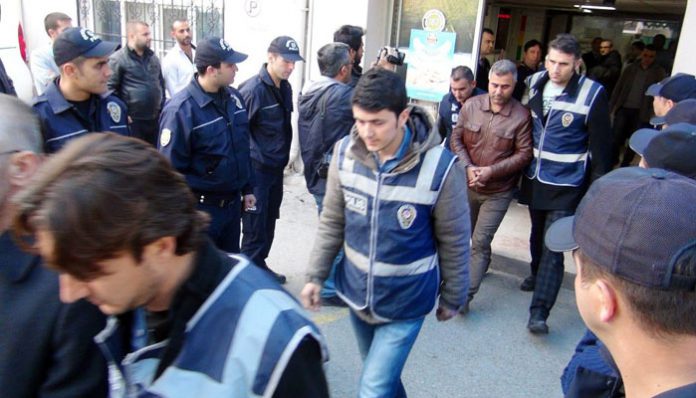 A total of 33 police officers were arrested on Thursday over alleged links to the Gülen movement, which the government blames for a failed coup last July, the Haberler.com news portal reported.

According to the report, earlier this week, as part of an operation based in Antalya, police teams conducted raids in İstanbul, Ankara, Konya, Eskişehir, Burdur and Kilis, detaining a total of 53 police officers over alleged Gülen links. Of those, 33 were put into pretrial detention on Wednesday and Thursday, while 12 others were released pending trial.

Some of the police officers are accused of using ByLock, a smart phone application that authorities believe is a communication tool between members of the Gülen movement. (Turkey Purge)