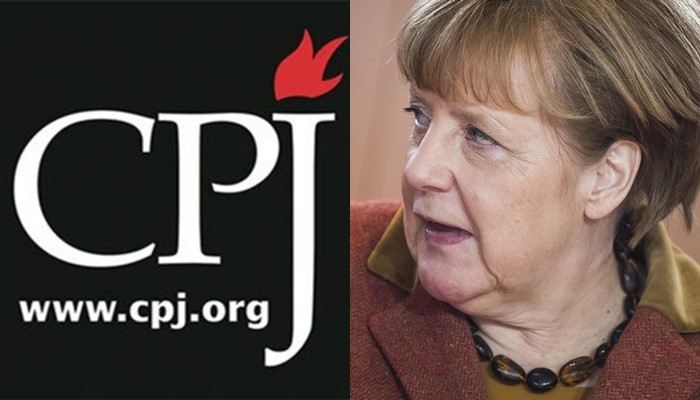 A leading press freedom advocacy group, the Committee to Protect Journalists (CPJ), has sent a letter to German Chancellor Angela Merkel urging her to bring up the troublesome media situation in Turkey during her visit on Thursday.

The letter, penned on Monday, requested that Merkel ask President Recep Tayyip Erdoğan to free “dozens of journalists imprisoned in the country” as well as urging him to allow the operation of over 100 media outlets that were shut down in the post-July 15 failed coup period.

The CPJ’s letter, signed by Executive Director Joel Simon, noted that Turkey’s current crackdown is “unprecedented in its depth and scope,” which the CPJ believes is detrimental to the country’s stability and reliability as an international partner.

Although according to the CPJ’s last census on Dec. 1, 2016, there were 81 journalists in prison, a Swedish-based advocacy organization, the Stockholm Center for Freedom (SCF), released a report on Jan. 26 stating that 191 journalists and media workers are behind bars and included their affiliation, date of arrest and prison information.

In the letter to Merkel, the CPJ also pointed out that the government in Turkey is using the failed coup as justification for purging critics.

In the post-coup purge, over 135,000 people, including thousands within the military, have been purged, according to a statement by the labor minister on Jan. 10. As of Feb. 1, 89,775 people are being held without charge with an additional 43,885 in pre-trial detention.