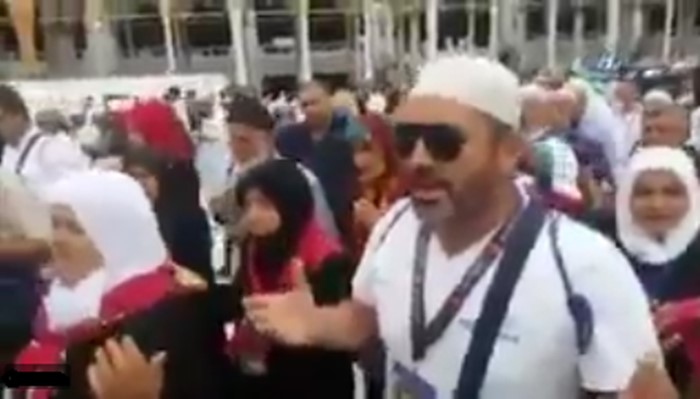 An imam leading a group of Turks during Umrah in Mecca labeled as “infidels” people who vote “no” in a referendum on a constitutional amendment package that significantly expands the power of President Recep Tayyip Erdoğan.

A video shared on social media shows imam Nezih Bakkaloğlu, who is leading a group of Turks from Düzce province in walking around the Kaaba, praying for the success of a referendum that is expected take place in April.

A day after the Turkish Parliament approved a constitutional amendment package that will open the way to a switch from a parliamentary system of governance to an executive presidency, President Erdoğan kicked off a referendum campaign in İstanbul, on Jan. 21, saying, “We have God.”

“Now, I ask a favor of you. I believe that you will walk towards the future by working day and night during the campaign for the referendum because we have God,” said Erdoğan, adding: “God willing, my nation will make the final decision. And Turkey will reach a new turning point.”

In another recent video, Ömer Döngeloğlu, a popular preacher, campaigned for Erdoğan in front of the Kaaba.

President Erdoğan and the ruling Justice and Development Party (AKP) have been criticized for exploiting Islam for politics.

Erdoğan became the first political leader to campaign with the Qur’an during election rallies in 2015.