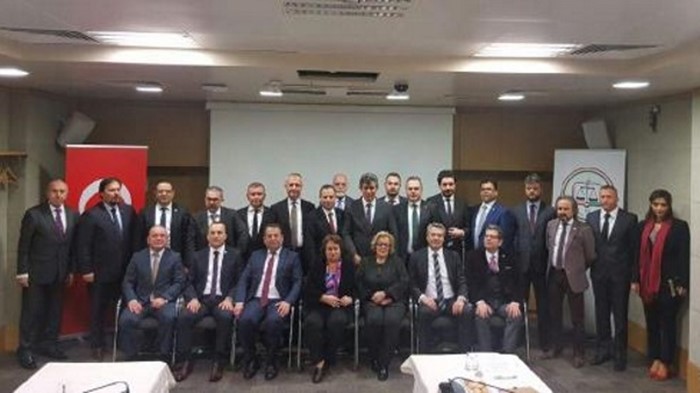 The heads of bar associations from 18 provinces including İstanbul, İzmir and Ankara strongly criticized a constitutional amendment package that aims to expand the power of President Recep Tayyip Erdoğan, in a declaration issued on Saturday, the Diken news website reported.

“We will not be silent to this change that will leave our country and nation to the mercy and will of one person. Our issue is the issue of the country. And this country belongs to all,” they said in a joint statement issued following a meeting of the Greater Aegean and Marmara Regional Bar Associations.

“It is clear that even the most democratic person in the world could turn out to be a dictator with this much power and lack of accountability,” said the statement in which the presidents criticized the amendment drafting process for not being as inclusive as it should have been.

The bar presidents also warned that the package could harm national unity and create de facto and emotional divisions within the country.