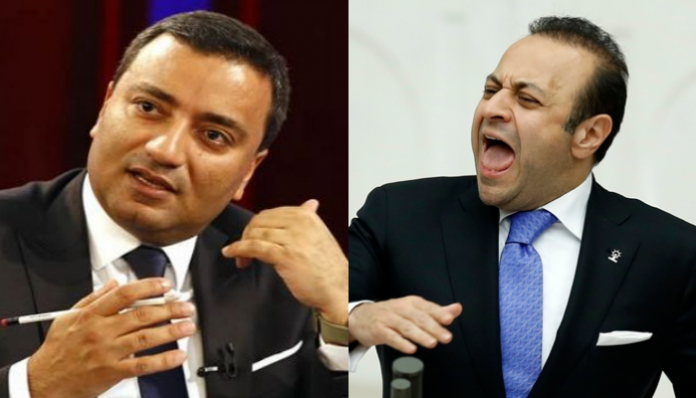 Turkey’s former minister of European Affairs, Egemen Bağış, claimed that the other party of a phone conversation in which Bağış mocked the Quran, journalist Metehan Demir, could be linked to the Gülen movement.

Bağış, who recently argued that the tape was doctored in London, said that immediately after Demir apologized for the leaked phone conversation, the Gülen-linked media began to claim that the tape was authentic.

The Sözcü daily reported on Saturday that Bağış implied that Demir, a secular nationalist journalist, could be a Gülen movement sympathizer despite their years-long friendship.

An audio recording leaked in March 2014 revealed Bağış, who was forced to resign amid a graft scandal that had erupted the previous December, mocking the Quran in a phone conversation with journalist Demir.

Demir had acknowledged the content of the conversation and apologized, but Bağış denied its authenticity, saying the tape was doctored.

Sözcü reported Bağış saying that Demir used to ask him to invite colleagues who worked for papers affiliated with the Gülen movement on his trips and wanted to spend time with them.

Demir was dismissed from his position at the Hürriyet daily after his conversation with Bağış was revealed. Despite his mocking the Quran in a private conversation, Bağış tried to create a pious image in public remarks to his party’s conservative constituency.

Earlier this month, speaking to a pro-government Turkish TV station, Bağış said the voice recording was altered by combining syllables and that the plot had been scientifically documented. However, Bağış did not explain who had tested it and how it was proven to have been doctored.

In the recordings, a voice, allegedly that of Bağış, can be heard making jokes about the Quran, saying he “tosses” verses from the Quran onto Twitter every Friday, presumably in an effort to present himself as a religious person. He is also heard twisting the name of the second chapter of the Quran, “Surah Baqara,” calling it “makara,” which is related to Turkish expressions like “to pull a prank on someone,” “to joke around.” The combination “Baqara makara” also means that what is being talked about — in this instance, the second chapter of the Quran — is nonsense.

After reiterating his claim that the tape was doctored, Bağış further said that people who wanted to discredit him and other ministers within the party who were not rooted in the Islamist tradition had devised the plot.

In other audio leaks, Bağış had been heard taking large bribes from Turkish Iranian businessman Reza Zarrab, who is currently imprisoned and awaiting trial in the US on charges of violating sanctions against Iran.