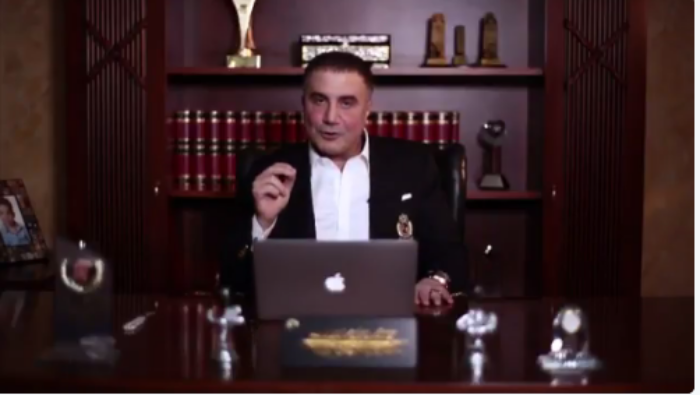 A Turkish gang leader, Sedat Peker, has declared his support for the transition to an executive presidency in Turkey while threatening those who are against holding a referendum to vote on the change in the country’s system of governance.

In a social media message on Friday, Peker, who is a vocal supporter of President Recep Tayyip Erdoğan, vowed to vote “yes” for the changes to the constitution and said, “We will be waiting on the streets for those who take to the streets to prevent the referendum, just as we took to the streets on the night of the July 15 coup attempt.”

Peker praised a prominent social media troll, Taha Ün, who is known for bullying and targeting critics of the regime. Ün’s wife is a close aide to Erdoğan’s wife. President Erdoğan had attended the couple’s wedding, which was considered open support for government trolls on social media.

Gang leader Peker, who has been convicted of several crimes, had also threatened academics who signed a petition calling for peace in 2015. Peker had said he wanted to take a shower in the bloodbath of the academics.