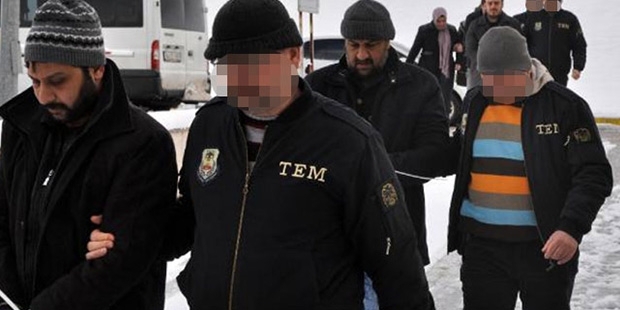 Three Iraqi brothers who allegedly made explosives for Islamic State in Iraq and the Levant (ISIL) suicide bombers have been detained in Turkey’s northern province of Samsun.

The Doğan news agency reported on Friday that as part of an investigation into ISIL, police discovered bomb makers who had come to Turkey from Iraq. Three brothers were detained in connection to ISIL in a raid on a location in the Black Sea province of Samsun.

In their interrogation the three Iraqi brothers admitted that they had produced explosives in Mosul and were sent to Samsun to conduct activities on behalf of ISIL in Turkey.

Despite ongoing operations against ISIL, one of the militants in an ISIL video in which two alleged Turkish soldiers are burned to death was detained twice in three years but released in each instance by Turkish authorities, Turkish media reports said last week.

A news agency linked to ISIL said on Nov. 29 that ISIL forces had taken two Turkish soldiers captive in Syria’s al-Bab region. Photos and a video allegedly of the two soldiers were shared online on ISIL accounts later in which they are seen being burned to death.

The ISIL militant, named Hasan Aydın, who is seen in the controversial video, was detained by Turkish police as part of an operation against al-Qaeda in Adana in 2012 and in another operation in Hatay in 2015 while trying to go to Syria but was later released.